General
News ID: 3462037
TEHRAN (IQNA) – A competition for selecting Iran’s representatives in the 2nd edition of the international Quran contest for the visually-impaired began in Tehran on Wednesday morning. 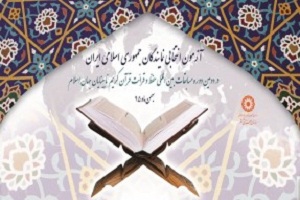 18 visually-impaired Quran memorizers and 18 Qaris from 18 provinces of the country are attending the event.

One from each group will be selected to compete for the Islamic Republic in the recitation or memorization category of the upcoming international Quranic event.

According to the organizers, the names of the two will be announced on Wednesday afternoon.

A panel of judges made up of a number of the country’s Quran experts assesses performances in the qualification round.

The Iranian capital of Tehran will host the second edition of the international Holy Quran competition for the Muslim world’s visually-impaired in April.

30 to 40 countries are expected to send their representatives to the competition, which will be held on April 19-26 in the categories of memorization of the entire Quran and recitation of the Quran in Tahghigh style.