Social
News ID: 3464617
TEHRAN (IQNA) – Volunteers have started packing rucksacks to distribute to those sleeping rough on the streets of east London. 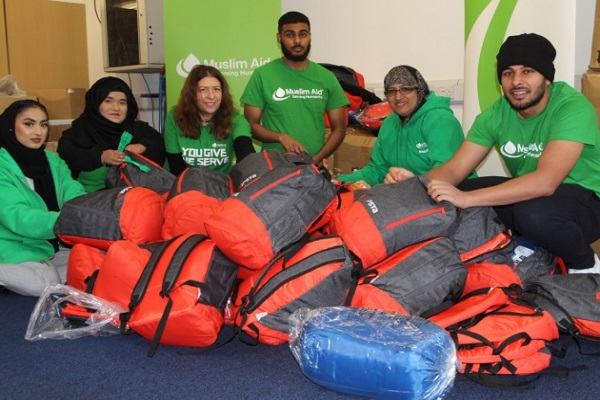 Each rucksack has a sleeping bag, hat, gloves, socks, base layer clothing, food and plastic cutlery.

The rucksacks are being given out to those on the streets of the East End as well as other inner city areas of London and Manchester, some through homeless shelters and soup kitchens.

The Muslim Aid charity, which was set up in the UK in 1985 responding to the drought in the Horn of Africa, works in 50 countries today, through emergency responses tackling poverty with sustainable solutions “for communities to live with dignity”.