General
News ID: 3466294
TEHRAN (IQNA) – A ceremony was recently held in the Syrian city of al-Bab in Aleppo province to honor kids who have memorized the Quran. 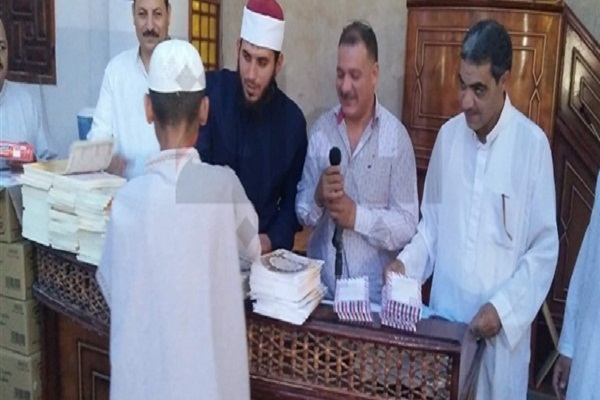 The children had been displaced from Eastern Ghouta, an area near the Syrian capital of Damascus that had been under the control of terrorist groups for years.

A total of 19 kids were honored for the achievement of learning the Quran by heart, Arab al-Yawm website reported.

Aged 8 to 15, they had memorized the Quran before being forced out of Eastern Ghouta due to terrorist invasion of the area.

Militants belonging to a number of factions had held the Eastern Ghouta, an enclave in the vicinity of Damascus, since 2012 and had practically held hostage its inhabitants, some 400,000 people.

Syrian troops and allied fighters from popular defense groups managed to fully liberate the enclave from the clutches of militants in early April, after months of intense fighting with terror groups, which had used the area as a launch pad for deadly rocket attacks against residents and civilian infrastructure in the capital.