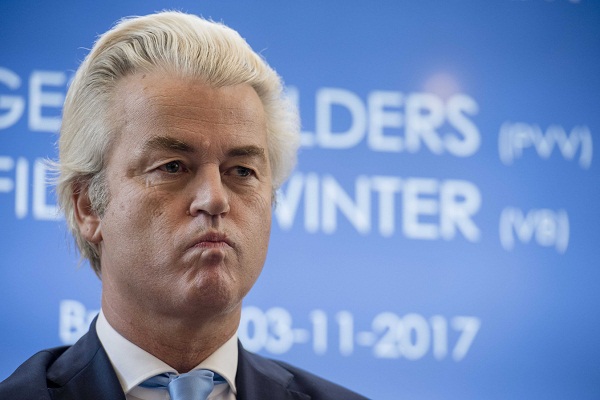 Wilders “is not a member of the government. The competition is not a government initiative,” Prime Minister Mark Rutte said at his weekly press conference, AP reported.

Rutte’s comments came after angry reactions in Pakistan to the proposed contest, which Wilders plans to hold in November in his right-wing Party for Freedom’s heavily guarded offices at the Dutch parliament.

Authorities in Pakistan have lodged a diplomatic protest against Wilders’ plan, calling it an attempt to defame Islam.

Opposition lawmaker Wilders is well known for his fierce criticism of Islam and has previously sparked fury in Muslim nations with a film about Islam. He lives under a round-the-clock guard following years of death threats.

Physical depictions of God or Prophet Muhammad (PBUH), even respectful ones, are considered blasphemous under mainstream Islamic tradition.

Rutte questioned Wilders’ motive for organizing the contest, saying “his aim is not to have a debate about Islam. His aim is to be provocative.”

However, he added that people in the Netherlands have far-reaching freedom of speech rights.

“This man, Geert Wilders, is known for testing the limits of freedom of expression. He is free to do that,” Rutte said. “The Cabinet wants to make clear it is not a Cabinet initiative.”

In a tweet, Wilders said the reaction of Rutte and the Dutch foreign minister “show that we are ruled by Islam cuddlers.” He said the contest was not meant as a provocation “but to show that we do not bargain with our freedom.”