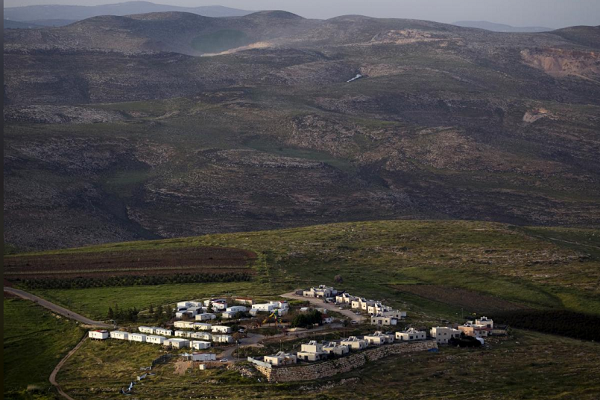 Israel’s ultranationalist justice minister on Wednesday hailed the Jerusalem District Court’s decision, announced late on Tuesday, relating to Mitzpe Kramim, an outpost established in 1999 near the Palestinian city of Ramallah and now home to 40 families.

Most countries consider all of the settlements built on land that Israel captured in the 1967 Middle East war as illegal.

Mitzpe Kramim settlers had petitioned the district court in 2013 to recognize their claim to the land in the face of legal challenges by Palestinian property owners and their possible eviction.

The court declared the settlers the legal owners, finding that Israeli authorities were unaware the land was privately owned when they originally mapped out the area, in territory captured in the 1967 Middle East war, Reuters reported.

It based its ruling on an Israeli law that states that even transactions with legal faults could be valid if they were conducted in “good faith”.

Asked about the decision, Nabil Abu Rdainah, a spokesman for Palestinian President Mahmoud Abbas, said all of the settlements that Israel has built on occupied land are illegal.

“Peace can’t be achieved as settlement continues,” he said.

Israel’s Peace Now organization, which monitors and opposes Jewish settlement on occupied land, said the outpost’s fate would ultimately be up to the Supreme Court, where a petition by the Palestinian property owners is still pending.

The Supreme Court has consistently upheld Palestinian property rights in such cases, leading to the forced evacuation of some outposts.

“The (district court’s) ruling ... is an important achievement for settlement in Judea and Samaria,” Israeli Justice Minister Ayelet Shaked wrote on Twitter, using the Biblical names for the West Bank, an area Palestinians seek for a state.

Peace Now said the “granting of property rights to criminals who settled in an illegal outpost ... without permits, on private Palestinian land is outrageous”.

It noted that Israel’s right-wing government, which originally had opposed the settlers’ land claim, later supported their position in what the organization called an attempt to implement a controversial law on unauthorized settlement.

The legislation, passed by parliament in 2017, enables the retroactive legalization of 4,000 settler homes built on privately-owned Palestinian land but is currently under review by the Supreme Court.

Some 500,000 Israelis live in the West Bank and East Jerusalem (Quds), areas that are also home to more than 2.6 million Palestinians. Palestinians say settlements could deny them a viable and contiguous state.