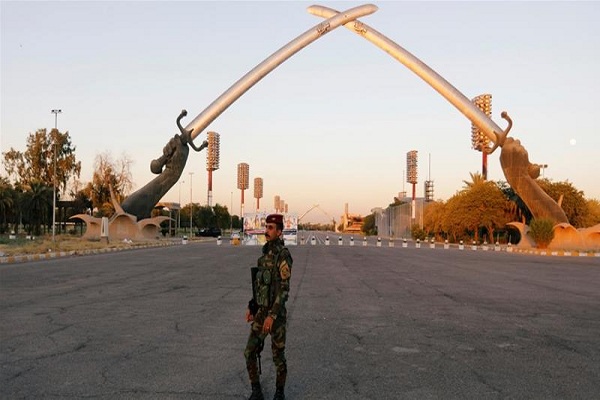 An attack last month hit the US Embassy compound itself, and a rocket attack on a military base in the north in December killed a US civilian contractor.

There have been no claims for the attacks.

Sunday’s attack, before dawn, was carried out with “small rockets” and caused no casualties, the coalition spokesman said in a statement on Twitter, Reuters reported. He provided no further details.

An Iraqi military statement said three Katyusha rockets had hit the fortified Green Zone which hosts the US Embassy, other foreign missions and Iraqi government buildings. It said a fourth hit a nearby logistics base for Iraqi popular forces.

On January 5, the Iraqi parliament voted to expel US forces from the country in response to the assassination of Iranian commander Lt. General Qassem Soleimani and Abu Mahdi al-Muhandis who accompanied him and was second-in-command of Iraq’s Popular Mobilization Units (PMU).

Later on January 9, then prime minister Adel Abdul-Mahdi called on the United States to dispatch a delegation to Baghdad tasked with formulating a mechanism for the move.