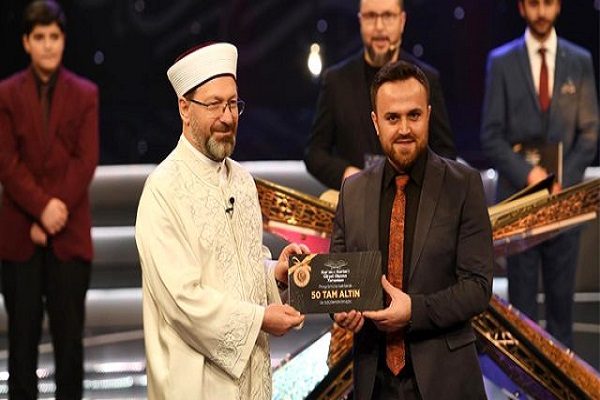 The contest was organized during the holy month of Ramadan and winners were announced at the end of the month.

A total of 132 reciters took part in the Quranic event and seven made it to the final round, according to Turk Press.

Hussein Ekbolut, the muezzin (one who recites the Islamic call to prayer- known as Adhan) was the top winner.

Turkish President Recep Tayyip Erdogan watched the final round of the competition.