Places of Worship Reopen in Kashmir

General
News ID: 3472307
TEHRAN (IQNA) – Some prominent religious places including shrines opened in Indian-administered Kashmir on Sunday for prayers after they were closed for over five months to contain the spread of the novel coronavirus. 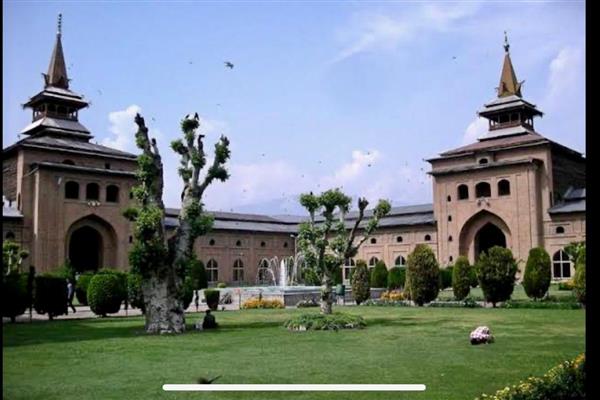 People offered daily prayers in some shrines and mosques of the Valley but took precautions like maintaining social distance and wearing masks.

Though small mosques in the neighborhoods and interior areas had already opened sparsely in the last few weeks, for the first time in the past five months people offered congregational prayers in prominent shrines like Dastigeer Sahib in Srinagar’s Old City. People also said that they visited Khankah-e-Moula shrine on the banks of Jhelum.

“We offered congregational prayer for the first time since mid-March in the afternoon today. Alhamdulillah all SOPs were followed. People gave good response and took precautions,” said Syed Khalid Geelani, Sajadah Nasheen (one of the caretakers) of Dastigeer Sahib Shrine.

People were upbeat. “Everybody is aware of the importance of precautions during this pandemic. Though we used to offer prayers in our local mosques for the last few weeks but opening of these shrines fills us with hope and gives us solace,” said Bilal Ahmad, a resident of Old City, Hindustan Times reported.

However not every mosque opened today. Kashmir’s biggest mosque Jamia Masjid in Nawhatta was still closed. “In coming couple of days the mosque will be opened after a cleanliness drive,” said a caretaker of the mosque.

Some urged fellow citizens not to indulge in ‘blind fatalism’. “Blessed are we that these places have opened. I am so happy. But at the same time people should continue to take precautions. Their opening does not mean that the pandemic is over. People should continue to wear masks, take their own prayer rugs to the mosques, avoid handshakes, use sanitizers and maintain social distancing. Only then they should leave it to God,” said Yaqoob Ahmad, an Imam of a local mosque in Srinagar.

On August 4, the govt announced to re-open all religious places and places of worship from August 16 but detailed COVID-19 SOPs to be followed like no large gatherings and no touching of statues.

In the run up to the August 16 opening, the district administration has reached out to managing committees of places of worship of all faiths and held meetings with over 3000 religious heads to sensitize them about do’s and don’ts to prevent spread of COVID-19.