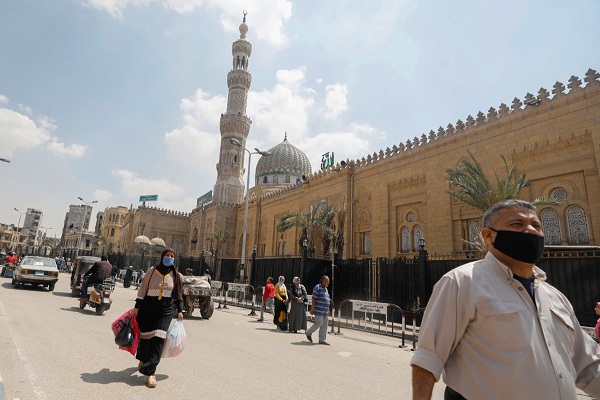 The sermon will be restricted to 10 minutes and mosques will close immediately after prayers.

Ablution facilities attached to mosques will remain closed. Mosques will still be unavailable for congregational prayers for the dead.

Mosques that breach regulations will lose their permit to hold Friday prayers, according to GNews.

Muslims who fear contracting COVID-19 can continue to pray at home for the time being, Gomaa said.

Worshippers have been allowed to visit mosques for the five daily prayers since late June and Christian churches reopened for congregational prayers on August 3, but with health precautions.

Gomaa added major mosques and university mosques will be reopened on the condition that there is an imam or a preacher authorized by the Endowments Ministry.

The minister further stipulated that workers in each mosque will be responsible for implementing coronavirus precautionary measures.

Since March 21, the Religious Endowments Ministry had halted Friday prayers and congregational prayers, and closed all mosques and their attachments, as part of the government’s precautionary measures to curb the coronavirus outbreak.

Mosques reopened gradually on June 27 for the five daily prayers. A ban on Friday’s collective prayer, however, is still in place.