General
News ID: 3472532
TEHRAN (IQNA) – Yemeni National Salvation Information Minister Dhaifallah Al-Shami described the deal between Bahrain and Israel to normalize ties as a major betrayal of the Palestinian cause. 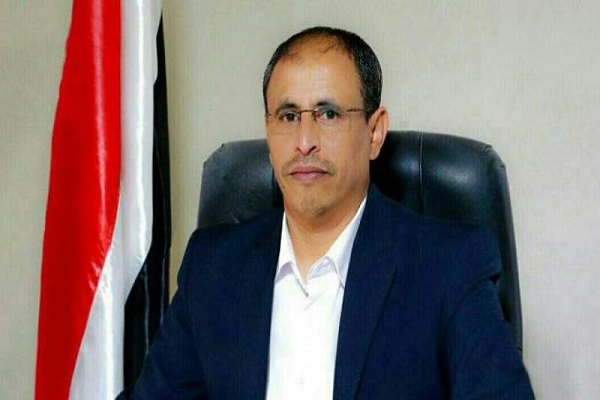 Al-Shami condemned Bahrain’s move, which was announced by the US, and regretted certain Arab country’s dependence on the US, al-Maseerah TV reported.

He underlined that the issue of Palestine will remain the top issue for the Yemeni nation and other Muslims.

The governments that normalize relations with the Zionist enemy do not represent their nations, he said.

The Yemeni official added that such governments will pay for their treason.

The agreement comes only a month after the United Arab Emirates became the first Persian Gulf Arab country to reach a deal on normalizing relations with Israel.

Bahrain is the fourth Arab nation to reach such a deal with Israel after Egypt, Jordan and the UAE.

The Palestinian Authority (PA) has condemned the Bahrain-Israel normalization deal as another betrayal by an Arab state.

Hamas, which controls the Gaza Strip, said the deal was an “aggression” that dealt “serious prejudice” to the Palestinian cause.

Yemen’s foreign ministry also issued a statement denouncing Bahrain’s move, describing it as betrayal of the blood of those martyred in defending Palestine.

It stressed that Yemen remains steadfast in rejecting any normalization of ties with the Tel Aviv regime.