General
News ID: 3473714
TEHRAN (IQNA) – The United States will realize again that its strength and well being depend on cordial relations with the rest of the world, relations that Trump, in many ways, has made difficult, an American scholar said. 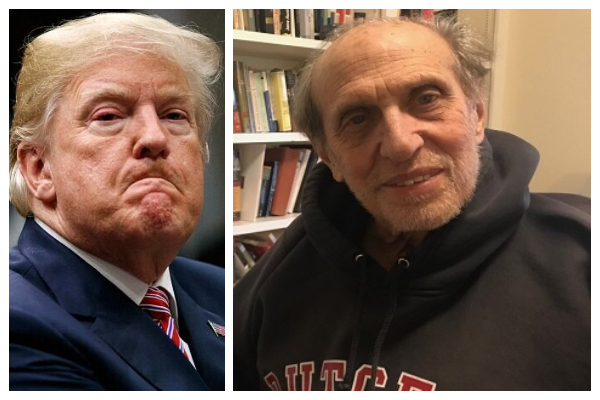 Biden will immediately reach out to our allies in the world and renew cordial relations, relations that Trump did his best to sully, Michael Aaron Rockland told IQNA in an interview.

Michael Aaron Rockland is a prolific writer and a Professor of American Studies at Rutgers University. Despite the variety of his books and articles, the recurring interests in his writing—whether scholarship, memoir, journalism or fiction—are New Jersey culture and America on the international stage.

IQNA: Recent events in the U.S. Congress are unprecedented in the political history of this country. What is the cause of these incidents?

Rockland: A simple answer: Donald Trump and Republicans afraid to attack or at least disagree with a member of their own party. But I think the latter will change now as more and more Republicans admit, at least to themselves, that Trump is unfit to be President of the United States.

IQNA: Some believe that this election and its aftermath show, above all, a deep rift in US domestic politics. What is your opinion?

Rockland: I believe that with the inauguration of President Joseph Biden much of the rift will moderate and lose its dangerous qualities, especially now that the Democrats have taken the two Senatorial seats in Georgia and will control the Senate. Though I am basically a liberal Democrat, I have voted for Republicans when I thought the candidate was a better man or woman. I believe the Republican party learned its lesson (last Wednesday) and that those Republicans who are more about their country than their party will prevail. I would like to see a strong Republican Party. After all, it was the party of Abraham Lincoln and Teddy Roosevelt. I hope and expect that that Republican party is going to reemerge in the coming years, decent people willing to compromise with their Democratic rivals. We need two good, strong parties,

IQNA: How do you see the political future of Donald Trump after these results?

Rockland: I see no future for Donald Trump. I think most Republicans now see, if they didn’t before, that he is a danger to our country and that if he wishes to be considered a candidate in 2024 he will be rejected by his own party. He has proven to be a distinct embarrassment to the Republican party. I don’t think he could be elected dogcatcher.

IQNA: How do you think these events will ultimately affect the performance of the Biden administration on foreign policy?

Rockland: Ironically, the great majority of Americans, even those who voted for Trump, are so disgusted with his ignorance and behavior that, ironically, the nation as a whole will welcome a sensible, experienced, and decent man like Joe Biden as president and a fine woman, Kamala Harris, as vice president. So, ironically, (last Wednesday’s) terrible events will, I think, eventually have a positive effect in bringing the great majority of Americans, of whatever party, together. In foreign affairs, I see the United States rejoining the Paris accords on climate and endeavoring to renew its participation in the agreement of the major countries with Iran. Biden will immediately reach out to our allies in the world and renew cordial relations, relations that Trump did his best to sully. I think the United States will realize again that our strength and well being depend on cordial relations with the rest of the world, relations that Trump, in many ways, has made difficult.