General
News ID: 3474363
TEHRAN (IQNA) – The Astans (custodianships) of Imam Hussein (AS) and Hazrat Abbas (AS) holy shrines in Karbala, Iraq, are taking part in an exhibition of rare books and manuscripts in Baghdad. 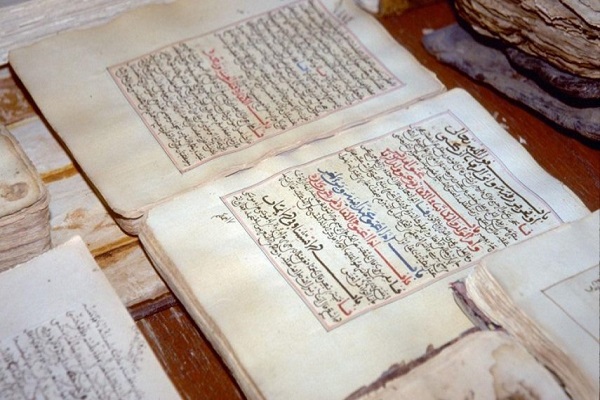 The exhibition opened in Baghdad on Sunday, al-Alam reported.

It showcases rare books and manuscripts, some of which are more than a thousand years old.

Priceless manuscripts, written in eight languages, are part of the exhibit, held by the Iraqi Manuscripts House in Baghdad.

Ahmed Al-Alyawi, director general of the library and archives department at the Iraqi Ministry of Culture, Tourism and Antiquities, said that this exhibition is being held as part of the activities of the Arab Manuscript Day, which was established at the meeting of Arab culture ministers in 2013.

He added that this year’s exhibition has taken the slogan “Heritage and Epidemics” in order to spotlight the procedures of conservation and preservation of manuscripts which face threats of damage and disappearance.

Alyawi explained that this year, the exhibition pays more attention to the world of manuscripts shedding light on these great treasures that are part of collective memories of whole peoples.

He stressed that Iraq boasts exceptionally rich collections of manuscripts.

On the sidelines of the exhibition, a symposium will be held, to be attended by the Iraqi Minister of Culture, Tourism and Antiquities Hassan Nazim and representatives of Arab and international diplomatic missions, as well as researchers and postgraduate students at Iraqi universities.