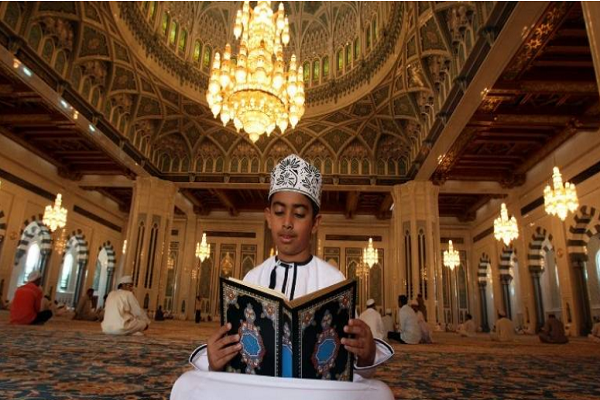 Oman’s Supreme Committee to combat COVID-19 has ordered a ban on all commercial activities and movement of people and vehicles between 9pm and 4am during the holy month, the Oman News Agency said.

The committee is also restricting entrance to the sultanate from midday on Thursday, allowing in only Omani citizens and residents.

There will be a ban on Taraweeh prayers in mosques and free iftar meals offered to the public, thenationalnews.com reproetd.

Taraweeh prayers take place every night during the holy month, while iftar meals are offered in mosques to the poor.

Social, sports and cultural activities will also be suspended during Ramadan, the committee said.

Ramadan is expected to start from April 12 or April 13, depending on when the new Moon is seen.

Oman has been under a night-time lockdown since March 28, which was due to end after April 8.

While the committee has extended the closure of shops from April 9, it will allow movement of people after 8pm until the first day of Ramadan, when the new movement restrictions begin.

Omanis expressed anger over the restrictions.

“It is totally unjustified to ban movement of people so early at night. Most people stay indoors during the month of Ramadan because it is hot, and go out only during the night after iftar,” Ali Al Mawli, 29, an oil and gas engineer, told The National.

“Ramadan evenings are the most profitable time of the year. People are out all night and shops remain open till very late. People also do a lot of shopping to prepare for Eid,” said Saif Al Hakkali, 42, a textile shop owner.

“Traders like us will lose a lot of revenue this Ramadan,” he said.

A total of 606 people are in hospitals with the disease, including 198 in intensive care.

0
LIKE
Error Report
Related News
Only Those Immunized against COVID-19 to Be Allowed to Perform Umrah
Qatar Quran Radio Ready to Welcome Ramadan
Tags: Ramadan ، Oman ، mosques ، coronavirus
Your Comment