General
The link was copied
News ID: 3475701
TEHRAN (IQNA) – Head of the Islamic States Broadcasting Organization (ISBO) and Sheikh of Al-Azhar Islamic Center will cooperate to organize a forum of Quran radios of the Islamic countries in February. 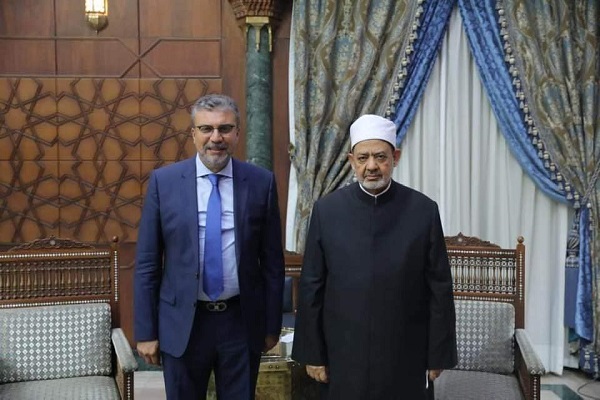 According to youm7.com, Ahmad Al-Tayyeb hosted Amru Allaithi, head of the ISBO and his delegation on September 12.

The two parties discussed the boosting of mutual cooperation in religious and media fields aiming to provide more opportunities for all Muslims to have a better understanding of Islam.

Making the best use of the experiences of Al-Azhar University and its affiliated organizations was also stressed at the meeting.

They agreed to hold a forum of the directors of Quran radios in February under the supervision of Al-Azhar and with the cooperation of the ISBO.

A collection of media and religious messages will be presented by the Sheikh of Al-Azhar to be broadcast by the channels of the ISBO.

Al-Azhar will also hold educational courses for media staff of the ISBO and introduce a team of expert preachers to hold programs in different languages at the channels of the ISBO.

Islamic States Broadcasting Organization (ISBO) was established in Jeddah, Saudi Arabia in 1975 in accordance with a resolution adopted by the 6th Islamic Conference of Foreign Ministers.