General
The link was copied
News ID: 3476594
TEHRAN (IQNA) – The Grand Mosque of Algiers has won the International Architecture Award 2021. 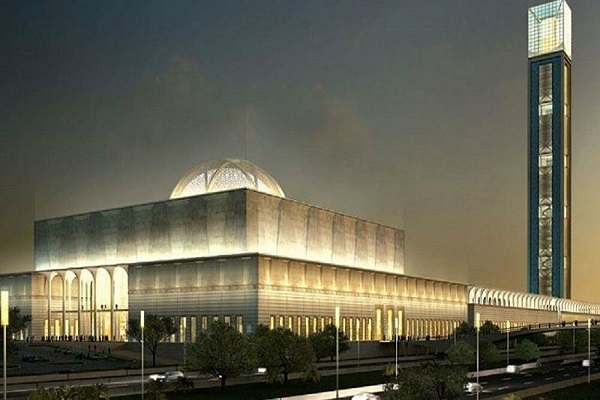 The architectural practice KSP Engel is delighted to win a major prize in the world of art and architecture: The Grand Mosque of Algiers, Djamaâ el-Djazaïr, has received this year’s “International Architecture Award 2021” from the Chicago Athenaeum Museum of Architecture and Design and the European Center for Architecture Art Design.

The prize: “International Architecture Award” for landmark project in Algiers

Since 2004, the Chicago Athenaeum Museum of Architecture and Design together with the European Center for Architecture Art Design and Urban Studies as well as Metropolitan Arts Press, Ltd. has organized the “International Architecture Awards” to recognize the best and most significant new builds, landscape architecture and planning projects designed or constructed by the world’s leading urban and landscape planners worldwide. This year, the Grand Mosque of Algiers, which was designed by KSP Engel, is also among the prize winners.

The “Djamaâ el-Djazaïr”, Arabic for Mosque of Algeria, was completed in 2020 and publicly commissioned for use in the fall of last year. As the Friday Mosque, it is destined to accommodate about 120,000 visitors and is considered the world’s third largest mosque. Alongside the architecture by KSP Engel, the landscape planning by Rainer Schmidt Landschaftsarchitekten and the load-bearing structure by KREBS+KIEFER International also received due recognition.

The Mosque: a superlative joint work from three cultural circles

After the Islamic pilgrimage sites in Mecca and Medina, it is the third largest mosque in the world. At 265 meters tall, its minaret is higher than any other, while the Prayer Hall hosts up to 36,000 worshippers on religious festival days. The entire complex provides space for up to 120,000 visitors every day and, alongside the Prayer Hall and the minaret, comprises further facilities such as a museum with a research center for Islamic art and history, a conference center, a library, a theological college, apartments and infrastructure buildings.

The religious building in the Bay of Algiers is a joint project by architects, engineers and construction companies from three cultural worlds – Europe, North Africa and China – and the whole complex on the 26-hectare site was commissioned by the Algerian government. The mosque was designed by German planners: the consortium of KSP Engel and KREBS+KIEFER International; in 2008, the architectural design by KSP Engel won the international competition and subsequently the consortium was charged with the general planning of this large-scale project. German Chancellor Angela Merkel and the Algerian President at the time both attended the contract signing – the official launch of the planning work – back in July 2008. Realization of this major project covering a gross floor area (GFA) of around 400,000 square meters in total was entrusted to China’s biggest construction company, the “China State Construction Engineering Corporation, or CSCEC for short, which acted as general contractor. In early 2012, construction work began on the Djamaâ el-Djazaïr.

Through a series of major projects, Algeria’s government is aiming to make its country’s modernization and rejuvenation visible. The Grand Mosque is one such project, alongside universities, schools, infrastructure and transport facilities, including the new airport in Algiers.