General
News ID: 3476754
TEHRAN (IQNA) – An Iranian Shia source of emulation warned that the enemies of Islam are trying to foment discord in the Muslim world. 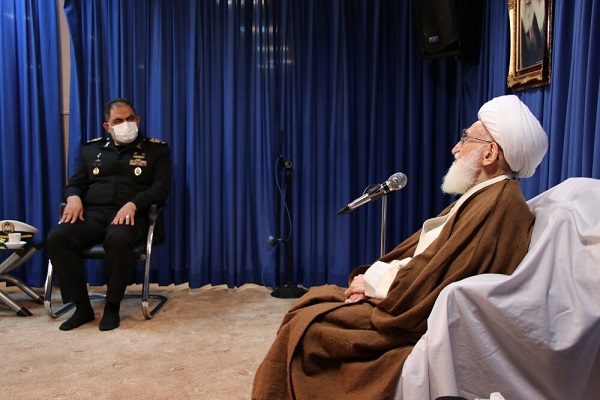 Ayatollah Hossein Nouri Hamedani said the reason behind such schemes is that the enemies want to easily carry out their colonialist agenda.

He made the remarks in a meeting with commander of the Iranian Navy Rear Admiral Shahram Irani in Qom on Wednesday.

“Unfortunately, there are conflicts in Afghanistan, Yemen, Bahrain, Syria, Lebanon, Iraq and elsewhere in the world and the enemy seeks to pit Muslims against one another in any way possible,” he said.

Under such circumstances, protecting Islam’s grandeur and honor is a great virtue, the senior cleric added.

He also hailed the endeavors of the Iranian Navy against the adversaries of the Islamic country.