Social
The link was copied
News ID: 3476896
TEHRAN (IQNA) – Officials from Iran and Pakistan have discussed ways to boost bilateral cooperation in the field of religious tourism. 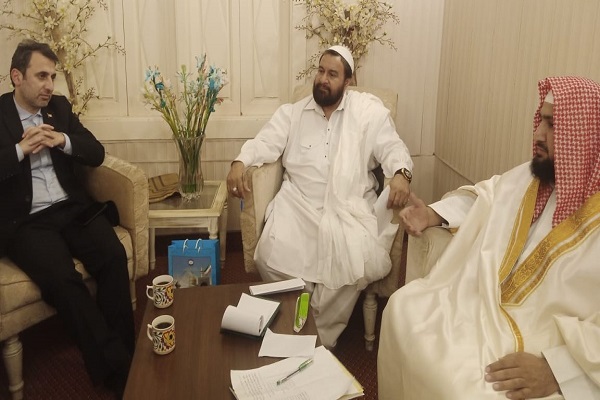 The meeting was held on the sideline of a ceremony held to commemorate Syed Mohammed Ershad Hosseini, the late father of the Pakistani minister.

Figures from different countries including Palestine, Yemen, Jordan, and Somalia had participated in the event.

The Iranian envoy held talks with officials from different countries on the sideline of the event, stressing the need to build unity, drive Islamic madhhabs closer to each other, and establish links between scholars and figures of different madhhabs.