General
News ID: 3477831
TEHRAN (IQNA) – The University of Arizona has been asked by the Islamic Center of Tucson to intervene in an ongoing issue of students throwing trash onto the Tucson Mosque property from a neighboring off-campus apartment building. 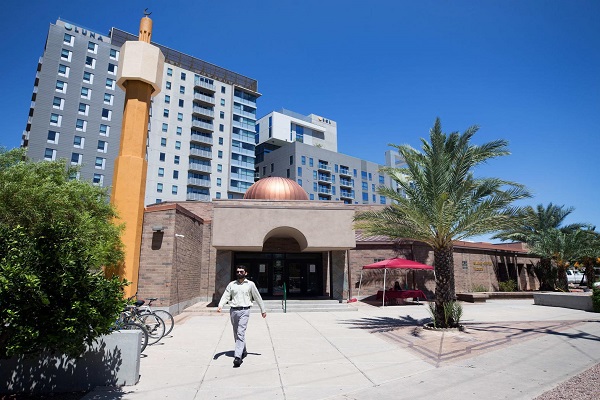 Muhammad Zaki, the centers’ outreach director, told the Arizona Daily Star on Monday that he fears a pedestrian or visitor will inevitably get injured.

The university did not immediately respond a request from The Associated Press for comment.

Zaki acknowledged that the apartments are not official university property. But he still feels the school has an obligation to step in so that Muslim students can feel safe coming to the center.

0
LIKE
Error Report
Related News
CAIR Hails Identification of Suspect in New Mexico Mosque Arson
Violence, Vandalism outside Islamic Center in Arizona Being Investigated
Threats and Acts of Vandalism against Mosques Double So Far in 2017 in the US: Report
Tags: mosque ، Islamic center ، Arizona ، university ، students ، Tucson
Your Comment