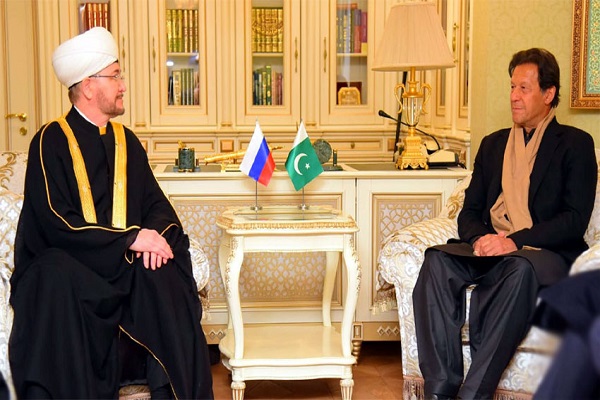 He said this during a tour of Moscow Cathedral Mosque where Grand Mufti Sheikh Ravil Gaynutdin received the Prime Minister.

Imran Khan also underlined the need for forging interfaith harmony for peaceful coexistence in an increasingly fragmented world. In this regard, the Prime Minister appreciated the President Putin's understanding of the sensitivities that the Muslims attach to the Holy Prophet Muhammad [PBUH].

Earlier, in his meeting with Head of the Chechen Republic Ramzan Kadyrov, the Prime Minister appreciated rebuilding of Grozny and rapid expansion of Chechen under the leadership of Ramzan Kadyrov.

He said relations between Pakistan and Russia are on upward trajectory. He encouraged promotion of cooperation between different provinces of Pakistan and regions of Russia.