General
The link was copied
News ID: 3479380
TEHRAN (IQNA) – Islamophobia has intensified since the 2017 terror attack in North London, the chair of the Finsbury Park mosque in the area warned. 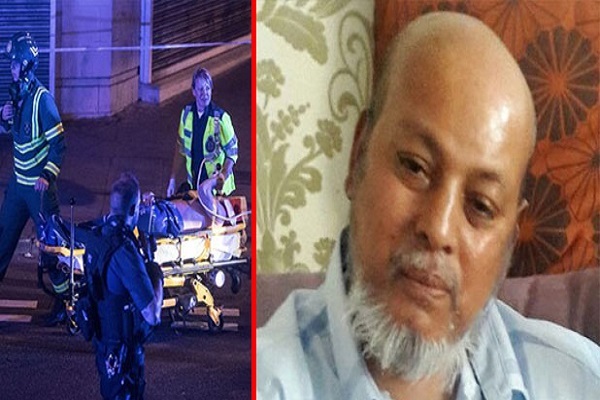 He made the remarks as dozens gathered to remember the man who was killed five years ago.

Makram Ali, 51, was killed on 19 June 2017 when Darren Osborne drove a rented van into worshippers gathered outside the nearby Muslim Welfare House soon after evening Ramadan prayers. Twelve others were injured.

The mosque’s chairman, Mohammed Kozbar, said Muslims still do not feel safe in the UK. “The problem we are facing is that since this attack took place not much has changed in tackling Islamophobia,” he said.

Kozbar said he remembered Theresa May, who was prime minister at the time, promising to take action “to tackle this disease which causes Islamophobia”. However, five years on, he said, “we don’t have a definition of Islamophobia”.

He said the situation for Muslims in the UK has deteriorated further, pointing to “the institutionalization of Islamophobia” by the government and some parts of the media. “We as Muslims are still feeling the effects of this attack and we won’t feel safe until Islamophobia is taken seriously by the authorities and the police,” he said.

Ali’s daughter Ruzina Akhtar was among those at the memorial service. She said that as a Muslim woman, she wanted everyone “to voice any Islamophobic behavior as it still exists, so it is tackled right away”.

She remembered her father as “a compassionate husband, a loving father and doting grandfather who was adored by everyone”.

“Our dad was first and foremost one of the most gentle human beings you could have met, who always had a smile on his face and was cracking jokes at the most random of times to make others laugh,” Akhtar said.

“His death has left a black hole but remembering his smile and laughter we surround that hole with more love for one another, as he would have wanted.”

Flowers were laid at a plaque reading “Makram Ali – a husband, a father and beloved grandfather to his dearest Zarif and Seyam”.

Osborne was sentenced to concurrent whole life terms in 2018 for the murder of Ali and the attempted murders of other people. The judge, Justice Cheema-Grubb, said his choice to target a group wearing traditional Islamic dress reflected his “ideology of hate towards Muslims”.