General
News ID: 3480139
TEHRAN (IQNA) – At least three people were killed and more than 25 others wounded when a huge explosion targeted a mosque in the Afghan capital Kabul on Wednesday. 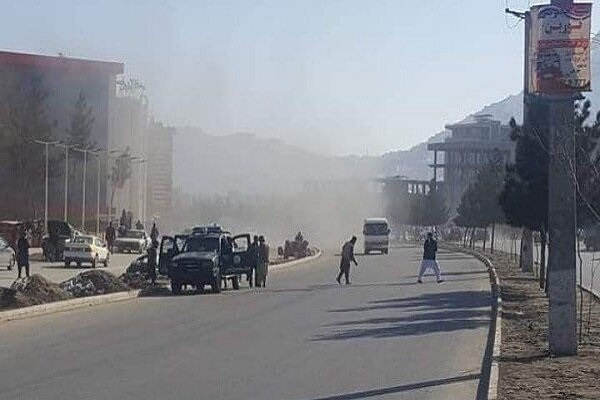 The attack took place in the Khair Khana neighborhood of the city during evening prayers, reports said.

Italian non-governmental organization (NGO) Emergency, which operates a hospital in Kabul, said it had received 27 victims, including three fatalities.

"We have recorded three fatalities," Emergency told AFP via email.

"Most of the patients we received following the explosion inside a mosque are suffering from shell and burn injuries," the NGO added.

The hospital noted in a tweet that the wounded included five children, one of them a 7-year-old.

He said security forces have arrived in the area, without giving more details.

A Twitter user claimed that the attack killed among others a religious cleric, Amir Mohammad Kabuli, but the news has not been confirmed by the Taliban.

The user said Kabuli was a Sufi scholar and that the Daesh (ISIL or ISIS) terrorist group was most likely behind the attack.

No group has so far claimed responsibility for the attack, but local sources say it could be the handiwork of the Daesh Takfiri terrorist group that has carried out many such attacks in recent months.

Last week a prominent pro-Taliban cleric was killed in a suicide blast in Kabul. The Daesh terrorist group claimed responsibility for the attack.

The attack comes two days after the first anniversary of the US withdrawal and the Taliban’s comeback in the war-ravaged country.

The US evacuated thousands of troops from Afghanistan in a matter of just a few days last year, following President Joe Biden’s order for the forces to exit fully by August 30, 2021.

The withdrawal marked the end of two decades of US-led war in Afghanistan, which had allegedly sought to bring peace to the country, but left a trail of chaos and mayhem.