General
News ID: 3480518
TEHRAN (IQNA) – The human rights commission chief for Canada's Alberta province has been forced to resign after a number of Canadian community organisations called for his removal due to Islamophobic comments he made. 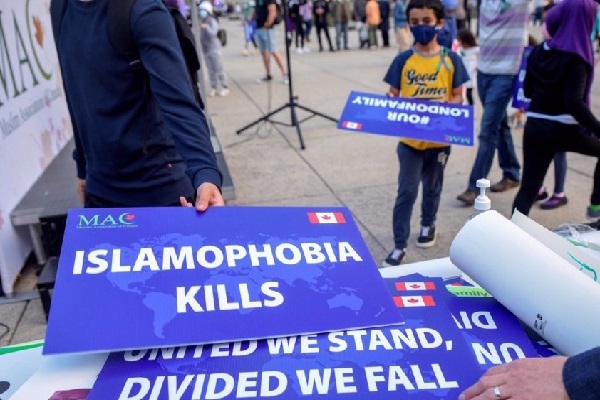 Collin May, a lawyer from Calgary, was originally appointed to a five-year term as the head of the province's human rights commission. He served as a member since 2009.

But earlier this week, the National Council of Canadian Muslims (NCCM) and nearly 30 other community groups sent a letter to Justice Minister Tyler Shandro calling for May's resignation over Islamophobic comments he made in 2009.

That year, in a book review, May said that Islam was "not a peaceful religion misused by radicals" and instead was "one of the most militaristic religions known to man".

In their letter, the NCCM and the other groups said May had agreed to a dialogue with the Muslim community, but later declined dates to meet and then also sent letters threatening to sue those criticising him.

"In a time where brazen attacks on Muslims in Alberta have been growing, specifically targeting Black Muslim women wearing hijab, Mr. May's decision to threaten to sue his critics, while simultaneously suggesting outreach with Alberta's Muslim communities, have been extraordinary and shocking," the groups said.

"This behaviour cannot be countenanced from the Chair of the Alberta Human Rights Commission."

On Monday, Shandro asked May to resign, according to Canadian news outlets.

"We can't have the normalisation of Islamophobia and racism in human rights works. That is why we appreciate Minister Shandro's decision yesterday," Said Omar, the NCCM's advocacy officer, said in a statement.

May had resisted the resignation, with his lawyer telling Canadian media he would "not be resigning his position" and saying he had done nothing wrong. However, the Alberta Human Rights Commission has now placed Evaristus Oshionebo as the new acting chief of the commission.

The commission's website shows May's term as chief ended this month, but has not commented, announced, or given a reason for the former chief's resignation. The commission did not respond to Middle East Eye's request for comment by the time of publication.

Hate crimes against Muslim communities across Canada increased by 71 percent in 2021, according to a report by the government agency Statistics Canada released last month.

Experts in Canada previously told MEE that, while the country is seen by the outside world as a haven for multiculturalism, Canada has witnessed decades of anti-Muslim rhetoric both from politicians and the media.

Last year, NCCM released a report that listed 61 recommendations that included the development of a federal anti-Islamophobia strategy to include a clear definition of Islamophobia as well as funding to help support victims of hate-motivated crimes.

The group also called for Canadian provinces to ensure their anti-racism directorates were well resourced and for municipalities to fund community-based efforts to tackle Islamophobia.