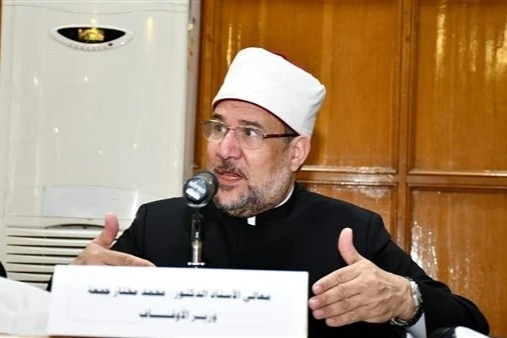 Al-Amayim is also a prayer leader and preacher of the Awqaf department in the country’s Kafr el-Sheikh Governorate, Al-Qahira website reported.

Awqaf Minister Mohamed Mukhtar Gomaa said al-Amayim was the top winner of a competition held across the country to choose the best teacher of the Quran in the current year.

He won the top prize, which is a cash award worth 100,000 Egyptian pounds, Gomaa noted.

He added that the competition was organized as part of efforts by the Awqaf ministry to honor Quran teachers and appreciate their services to the Quran.

Al-Amayim, who is from Ibshan Village in Kafr el-Sheikh, north of Egypt, is a graduate of Al-Azhar University’s Faculty of Usul al-Din and Islamic Propagation.

He got his MA in Quran interpretation and sciences in 2003 and went on to get his PhD in the same field in 2006.

He won the award for 32 years of efforts in serving the Book of God and memorizing the Quran.

Egypt is a country in North Africa with a population of around 100 million. Muslims account for around 90 percent of the country’s total population.

Quranic activities are very common in the Muslim-majority Arab country.