General
News ID: 3469732
TEHRAN (IQNA) –  Russia warned Syrian Kurdish YPG forces on Wednesday they will face further armed conflict with Turkey if they fail to comply with a Russian-Turkish accord calling for their withdrawal from the entire length of Syria’s northeastern border with Turkey. 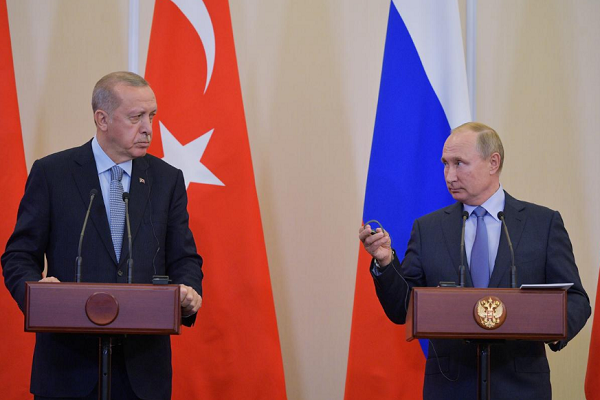 Moscow’s warning came shortly before Russian and Syrian security forces were due to start overseeing the removal of YPG fighters and weapons at least 30 km (19 miles) into Syria, under the deal struck by presidents Vladimir Putin and Recep Tayyip Erdogan.

A complete pullout of the YPG would mark a victory for Erdogan, who launched a cross-border offensive on Oct. 9 to drive the Kurdish militia from the border and create a “safe zone” for the return of Syrian refugees.

The accord, which expands on a US-brokered deal last week, also underlines Putin’s dominant influence in Syria and seals the return of his ally President Bashar al-Assad’s forces to northeast Syria for the first time in years, by endorsing the deployment of Syrian border guards from noon (0900 GMT) on Wednesday.

Six days later, Russian and Turkish forces will jointly start to patrol a 10 km strip of land in northeast Syria where US troops for years were deployed along with their former Kurdish allies.

Those changes reflect the dizzying pace of changes in Syria since US President Donald Trump announced the withdrawal of American forces from northern Syria earlier this month, shaking up the military balance across a quarter of the country after eight years of conflict and prolonged freezes on the frontlines.

Kurdish militia commanders have yet to respond to the deal reached in Russia’s Black Sea resort of Sochi, and it was not immediately clear how their withdrawal could be enforced.