General
News ID: 3470555
TEHRAN (IQNA) – The annual 'Kashmir Solidarity Day' was observed in Jhang, Pakistan’s Punjab province, throughout the district like all other parts of the country. 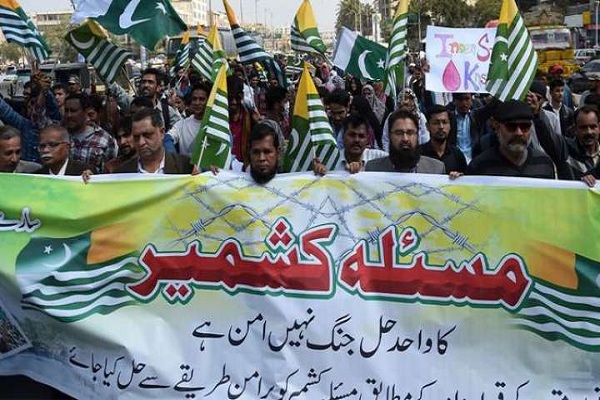 A rally was taken out by the district administration which was led by Deputy Commissioner (DC) Muhammad Tahir Watto and DPO Muhammad Hassan Raza.

The rally started from District Council Hall and after crossing different areas concluded at Session chowk, the Urdu Point reported.

The participants of the rally were carrying banners and placards. They raised slogans against Indian measures in Indian-administered Kashmir and in favor of freedom of Kashmir.

Addressing the rally, Deputy Commissioner Muhammad Tahir Watto said that Kashmir and Pakistan could not be separated from one another.

He said Prime Minister Imran Khan was fighting the cause of Kashmiris.

He paid tributes to the sacrifices of Kashmiris and said their struggle would succeed in near future. He appealed world leaders to take notice of India for its ugly motives.

At the end prays were offered for liberation of Kashmir.

Earlier special prays were held in all mosques of the city after Fajr prayers for freedom of Kashmir.