General
News ID: 3470973
TEHRAN (IQNA) – Prayers have been suspended at the Al-Aqsa Mosque compound in occupied East Jerusalem al-Quds in an effort to prevent the spread of the novel coronavirus, the Muslim Waqf (Endowment) Council announced. 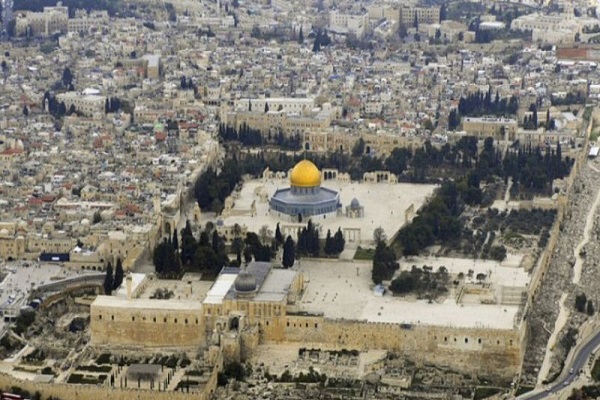 The decision, reached following an emergency meeting on Sunday, takes effect Monday morning, the council said in a statement.

“The suspension is for a temporary period, with all employees and guards continuing to report for work and carrying out their activities as usual.

“The call to prayer (Adhan) at Al-Aqsa Mosque continues at all times and as usual,” it added, according to Anadolu Agency.

The council said the decision was taken in order to safeguard the lives and health of worshippers.

Al-Aqsa Mosque is the world's third holiest site for Muslims. Jews refer to the area as the "Temple Mount," claiming it was the site of two Jewish temples in ancient times.

Israel occupied East Jerusalem, in which Al-Aqsa is located, during the 1967 Arab-Israeli War. It annexed the entire city in 1980 in a move never recognized by the international community.

A statement by the Health Ministry said 20 patients are in critical condition while 37 have recovered.

On Friday, Israel confirmed its first death from the virus.

Palestinian Health Minister Mai al-Kaila said four new cases were recorded in the West Bank cities of Ramallah and al-Khalil (Hebron), taking the total number of infections in the occupied territory to 52, including 17 recoveries.

The first cases were reported from the Gaza Strip when two passengers returning from Pakistan last Thursday announced they had been diagnosed with the virus, officially known as COVID-19.