General
News ID: 3470970
TEHRAN (IQNA) – Worshippers who attended a mass religious event in Malaysia that is now linked to 840 coronavirus cases across Southeast Asia are cooperating with authorities, an organizer said, after the government said thousands of them were still being traced. 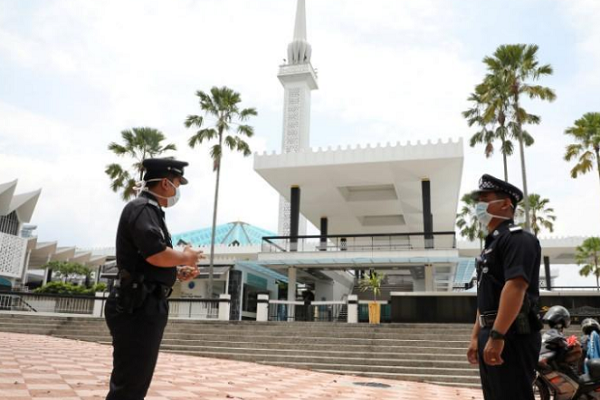 The four-day gathering held at a mosque near the Malaysian capital Kuala Lumpur is connected to 60% of all the 1,183 cases in the country - the highest number of infections in Southeast Asia, which has a total of more than 3,000 cases.

The government said on Thursday that it had yet to trace 4,000 of the 14,500 Malaysian residents who attended. The health ministry said on Saturday it expected the number of cases to spike next week as it tried to track down unscreened participants of the Feb. 27-March 1 religious event.

“After hearing reports of thousands or participants yet to be screened, many had returned to their district health departments or hospitals repeatedly until their names and details were recorded,” Abdullah Cheong, a leader of the event’s organizing team, said in a statement on Saturday, Reuters reported.

“We are prepared and have given our full commitment to help the authorities deal with the pandemic.”

He also said 12,500 people attended the gathering, including foreigners and 200 Rohingya refugees. Previous reports have put the number at 16,000.

The health ministry could not immediately be reached for comment on Sunday.

The government has also said that it would deploy the army on Sunday to help the police enforce a two-week curb on travel and movements that began on Wednesday.

“We need to ensure our healthcare system is not overwhelmed by a spike in the number of cases by ensuring we stay at home,” Malaysia’s Minister of Foreign Affairs Hishammuddin Hussein said on Twitter.