With Mosques Shut, US Muslims Turn to Technology for Their Spiritual Needs

General
News ID: 3470978
TEHRAN (IQNA) – The spread of the coronavirus has affected Muslims across the world, with religious leaders making adjustments to longstanding traditions to contain the spread of the disease. 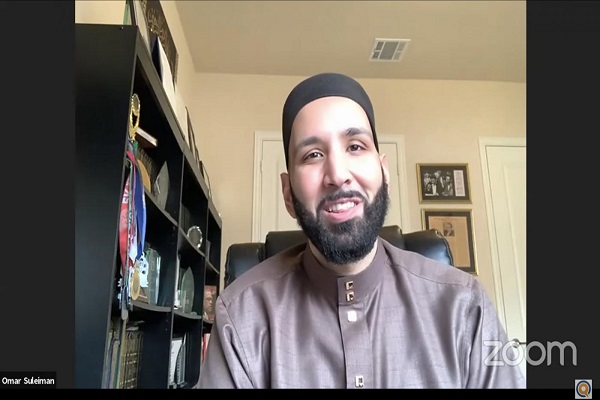 Saudi Arabia, home to the Muslim world's two holiest sites, banned worshippers from visiting the Grand Mosque in Mecca towards which all Muslims face in prayer.

Meanwhile in Kuwait, a muezzin amended the adhan (call to prayer) from the usual 'hayya alas-salah' or 'come to prayer' to 'al-salatu fi buyutikum' or 'pray in your homes'.

"I keep thinking about all the times I could've gone to the mosque when it was open," Imam Omar Suleiman said in a virtual sermon on Friday from his home in Dallas, Texas.

Suleiman told those watching his livestream that his sermon was not meant to be a replacement for the Friday prayer, but a way to share spiritual advice for those staying at home amid the pandemic.

Attendance for Jum'ah (Friday prayers) is considered mandatory for Muslim men and optional for women and children according to the majority of Muslim scholars. But during times of plague and other calamities, it is permissible according to Shari'ah (Islamic law) to suspend the practice.

Earlier this month, most mosques across the US began shutting down following advice from local and state governments to limit public gatherings.

With little information available, worshippers have been distraught about how to satisfy their spiritual needs.

A prominent imam within the US, Suleiman has been trying to fill the gap for worshippers who are obliged to stay home, beginning virtual sermons every week until the mosques re-open.

There is a saying that in testing times, God closes one door with his wisdom and opens two doors with his mercy.

"I had imagined giving this khutbah (Friday sermon) in the masjid (mosque), about how this might be our last time being able to pray Jum'ah (Friday prayers)," Suleiman said.

"And here I am doing this in my home office right now."

'Only out of necessity'

Naeem Baig, who leads a weekly gathering of Muslim millennials in the Washington DC area, said he had mixed feelings about the switch to digital.

The central point of his gathering, called Chit Chai, are the connections made between people sharing the same physical space.

While the sessions are usually comprised of group conversation and breakout sessions, the latter could not be achieved online. There were also problems with microphones and webcams as well as bad internet connections.

"Chit Chai, in essence, is a discussion circle centered in community building and focused on coming closer to Allah," he told Middle East Eye. "Those primary aims are lost online."

Baig said that if a person's first exposure to the gathering was online and not in person, they would feel as if they were attending a lecture, not a communal conversation, and thus the community-building aspect would be lost.

"I think the only reason we're doing this is out of necessity," he added.

The Muslim American Society (MAS), a non-profit with 50 chapters of Muslim community centers across the US, created a daily webinar with some of the most recognizable scholars and imams in the country.

Every day at 9pm Eastern Time, the organization hosts talks and spiritual advice, as well as Quranic recitations and communal supplications.

Wafa Manasrah, the operations manager at MAS, said the organization saw a void amid the pandemic and found a way to fill it.

Unlike Baig's Muslim millennial meetup that aims to have conversations, the sessions at MAS are designed to be in the format of a lecture, where spiritual knowledge is delivered to an audience.

In this way, the transition to the online format has not only been quite intuitive, it has also begun to solve problems that the organization has been working on for the past year.

"We are reaching an audience that we wouldn't normally be able to reach," Manasrah said.

By having an online format, where anyone is able to tune in and watch, the daily sessions are able to reach Muslims in the country that do not necessarily have a mosque in their community.

As the coronavirus epidemic continues to grow in the US, mosques around the country are facing difficult questions concerning practices during the holy month of Ramadan.

During the month, Muslims fast between dawn and dusk and mosques see high numbers for night prayers and other communal activities.

While congregational prayers cannot be completed virtually, Manasrah said MAS' virtual programming would continue as the organization had been able to successfully deliver online services.

"I think that this is an opportunity and we should build on it," she said.