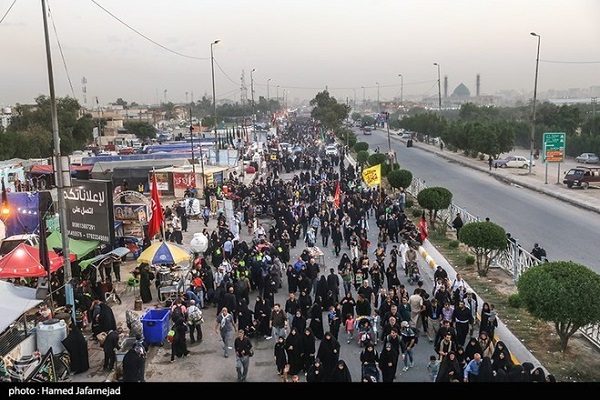 They included a road linking the holy cities of Najaf and Karbala as well as a highway which would help reduce traffic.

Another project launched during Al-Kadhimi’s trip was the Imam Hussein (AS) Square in Karbala and a clinic affiliated to the Astan (custodianship) of Hazrat Abbas (AS) holy shrine.

Karbala, which is home to the holy mausoleums of Imam Hussein (AS) and Hazrat Abbas (AS), attracts millions of pilgrims from Iraq and around the world every year.