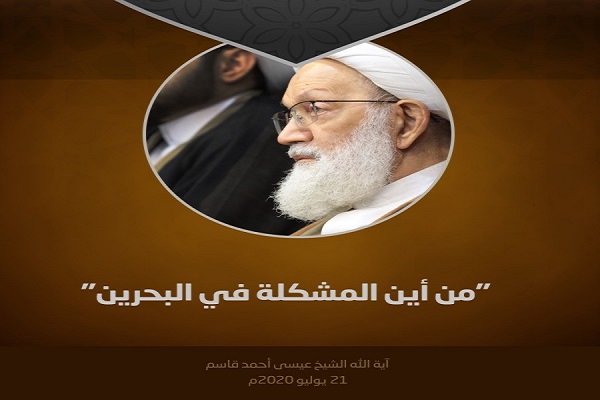 In a statement on Tuesday, the senior cleric said Bahrainis’ political struggle continues with the most peaceful means, Bahrain Mirror website reported.

The Bahraini government has filled its prisons with political activists and opposition groups and its courts issue unjust verdicts against them, he said.

Ayatollah Qassim emphasized the need for establishment of just relations between the national and the government and recognition of the people’s rights.

Bahrain has seen anti-regime protests over the past nine years. The major demand has been the ouster of the Al Khalifah regime and establishment of a just and conclusive system representing all Bahraini nationals.