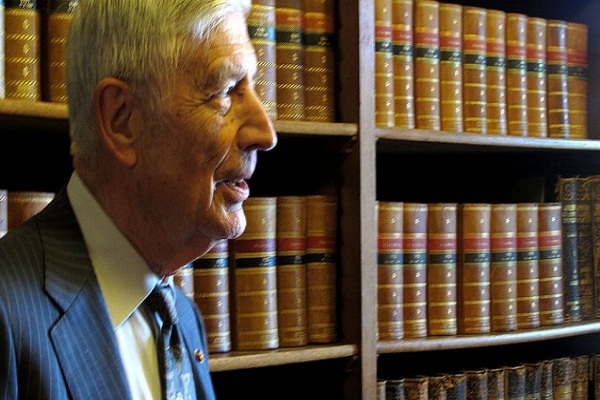 In a statement, Van Agt announced his resignation over its lack of support for Palestinians, according to the Amsterdam-based NL Times.

He said in the written statement that the CDA's vote against various proposals regarding aid to the Palestinian people, especially during the Israeli bombardment of the Gaza Strip in May, was an important factor in his decision to leave the party.

The 90-year-old, who was a member of the CDA and forerunner of its predecessor KVP for over 50 years, said he no longer felt at home with the party.

Van Agt served as justice minister in the Netherlands from 1971-1977 and also as deputy prime minister. He became head of the CDA in 1976 and prime minister the following year. He served as prime minister until 1982 and later focused his work on the Palestinian cause after retiring from active politics.

In 2016, he described Israeli then-prime minister Benjamin Netanyahu as a "war criminal” and said in an interview with NPO1 TV that he should be prosecuted.