General
News ID: 3477211
TEHRAN (IQNA) – Pakistani scholars and religious figures from various schools of thought and religions urged the world to take steps for ending the atrocities committed against the minorities in India. 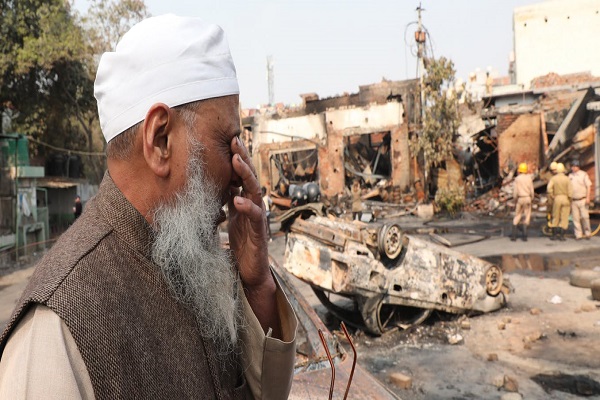 The religious leadership also demanded the United Nations (UN), the Organization of Islamic Cooperation (OIC) and world human rights bodies take immediate action against the persecution of the Muslims, Christians, Sikhs and other minority communities in India.

Speaking at a seminar held here on Sunday on interfaith harmony, the leaders of different religions and sects of Islam said worship places and leadership of the minorities in India had become insecure. More than 200 churches, 150 mosques and Sikh temples had been desecrated and vandalized by the extremist Hindus in India, they said.

Hafiz Tahir Ashrafi, the chairman of Pakistan Ulema Council and special aide to the prime minister on religious harmony, presided over the seminar.

The participants announced that a World Interfaith Harmony Conference would be organized soon in collaboration with the Punjab government. They claimed that complaints against misuse of the Blasphemy Law in Pakistan had ended while urgent measures had also been taken against forced conversions and forced marriages of non-Muslim girls.

The speakers said the role played by the Pakistani nation to demonstrate unity during the holy days of the Christian community was commendable. They gave credit for peaceful ceremonies on Christmas and New Year Night to the government, security institutions and the religious leadership.

The entire nation was embarrassed at the Sialkot tragedy, they said and made an appeal to the chief justice of Pakistan to conduct a speedy trial of the incident as well as of all blasphemy cases.