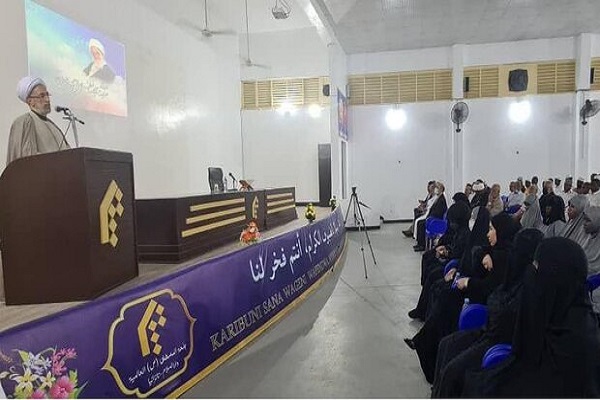 Al-Mustafa International University’s branch in Tanzania hosted the ceremony which was attended by the Iranian ambassador to the African country, the Iranian cultural attaché in Tanzania, a group from the Khoja community, and a host of researchers.

The ceremony started with recitation of some Quranic verses and the Head of the branch Hojat-ol-Islam Ali Taghavi gave an address about the characteristics of Imam Hadi (AS).

Also, a video clip about Ayatollah Golpaygani was played.

At the end of the ceremony, Al-Mustafa graduate Sheikh Hossein Bouki pointed to some of the services of the later Marja and his role in the Islamic community. 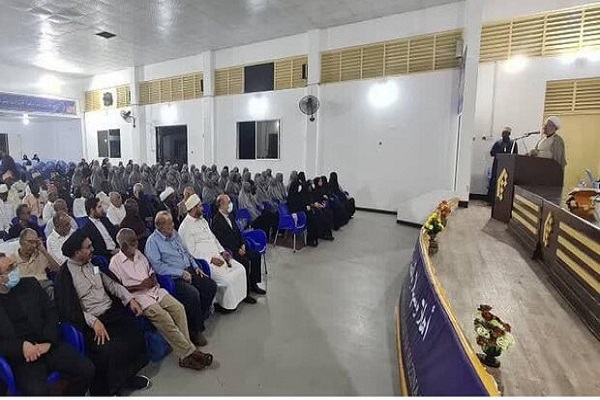 Ayatollah Safi Golpaygani died in Qom last Tuesday and was buried at Imam Hussein (AS) shrine on Thursday.

He was a Marja based in Qom.

The senior cleric was born in Isfahan’s Golpaygan in 1919 to a religious family. His father, Ayatollah Molla Mohammad Javad Safi, was an expert and teacher of Islamic sciences while also a poet and calligrapher.

The contemporary thinker was also a supporter of the 1979 Islamic Revolution in Iran. He was a member of the Assembly of Experts in 1979. Imam Khomeini (RA) appointed him as a jurist in the Guardians Council one year later and he headed the council for eight years.