Social
The link was copied
News ID: 3480682
TEHRAN (IQNA) – For years, Muslims in North America have struggled to find ways to purchase homes while complying with Islamic law, or shariah. The Qur’an prohibits both the collection and payment of interest. For more than a million Canadians, these religious structures limited access to conventional mortgages. 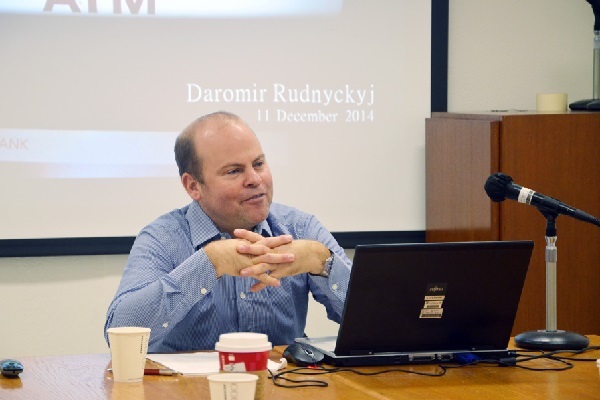 Recently, however, companies such as the Canadian Halal Financial Corporation have emerged to fill this void. The creation of a vehicle in North America to enable Muslims to finance home ownership is part of an emerging global movement in finance.

I spent over a year documenting one centre of this global movement in Malaysia. There, the government has sought to create an Islamic Wall Street. It seeks to make the country’s capital, Kuala Lumpur, what one official called the “New York of the Muslim world.”

I am continuing my research on Islamic finance at the Counter Currency Laboratory at the University of Victoria, where we study emerging debates on the future of money.

A network of Islamic banks

The Central Bank of Malaysia has engineered a comprehensive Islamic financial system consisting of a network of banking institutions. They have also fostered an Islamic money market, Islamic capital markets and an Islamic insurance, or takaful, system.

On the streets of Kuala Lumpur, the ubiquity of Islamic banking and finance in the country was hard to miss. Bright advertisements offered consumers credit cards that provided “free takaful coverage, low fees, and no compounding finance charges.”

Inside Kuala Lumpur’s massive ultramodern train station, eye-catching advertisements promoted Islamic finance. Al-Rajhi Bank, a Saudi firm that bills itself as the world’s largest Islamic bank, encouraged potential customers to “Get There Fast” with “Al Rahji Personal Financing.” On the other side of the station, the mainly Qatari-held Asian Finance Bank boldly proclaimed that it was “moving the world to Islamic banking.”

Malaysian currency is readily available at the numerous ATMs owned by one of the over 20 Islamic banks operating in the country. Long lines often snaked back from the terminals during peak shopping times.

This raises the question of what is entailed in the Islamic prohibition against interest.

Two distinct techniques have been developed to avoid the payment of interest. One interlocutor described these options as either “shariah-compliant” or “shariah-based.”

A shariah-compliant contract, such as a murabaha, uses the sale and repurchase of an asset on a deferred-payment basis.

There are various ways a murabaha can be structured. In Malaysia, the type of murabaha commonly used as a substitute for a mortgage involved four steps. First, the customer identified a property that they would like to own. Second, the financial institution purchased the property from the current owner.

Third, the institution sold the property to the customer at a markup, with repayment scheduled on an instalment basis. Finally, the customer paid the required instalments on a periodic basis until all agreed upon payments are complete.

These contracts circumvent the Qur’anic prohibition on charging interest by having two distinct sales. The institution buys the property from the current owner and then immediately sells it at a markup to the customer.

Many bankers prefer shariah-compliant contracts — such as the murabaha — because they use a workaround to replicate a conventional loan contract. All of the infrastructure already held by a bank, such as the computer systems and back office process, can be easily adapted to this type of arrangement.

However, the rate of the markup on this contract closely tracked prevailing interest rates. Many experts in Malaysia were critical of this contract. They thought that, while it met the letter of Islamic law, it did not conform to its spirit.

Critics and reformers favour a second technique for enabling financing, which they contend is “shariah-based.” This technique is premised on partnership principles and is called a musharakah.

This type of joint venture contract was commonly used on the Arabian peninsula even prior to the revelation of Islam. It became a standard economic arrangement in the classical Islamic world.

A musharakah is a profit-sharing contract in which two or more parties agree to pool their assets and labour for the purpose of making a profit.

In addition to the equity portion, the instalment also consisted of a profit margin. The profit margin was indexed to the prices of rent for comparable homes in the adjacent neighbourhood.

What kind of alternative?

Those seeking to reform Islamic finance favoured shariah-based contracts. They viewed them as a more authentic alternative to the shariah-compliant contracts.

Questions regarding the legitimacy of shariah-based and shariah-compliant contracts illustrate the vibrant debates that lie at the heart of Islamic finance. Which option Muslim consumers ultimately choose will determine the extent to which Islamic finance becomes an alternative to the debt-based system that prevails in most of the world today.

This article  has been penned by Daromir Rudnyckyj and republished from The Conversation. Rudnyckyj is a professor of anthropology at University of Victoria. He receives funding from the Social Sciences and Humanities Research Council of Canada.