General
The link was copied
News ID: 3481591
TEHRAN (IQNA) – The Arab Organisation for Human Rights in the UK (AOHR UK) has filed a complaint to the International Criminal Court (ICC) about the continued attacks of the Israeli regime against Al-Aqsa Mosque. 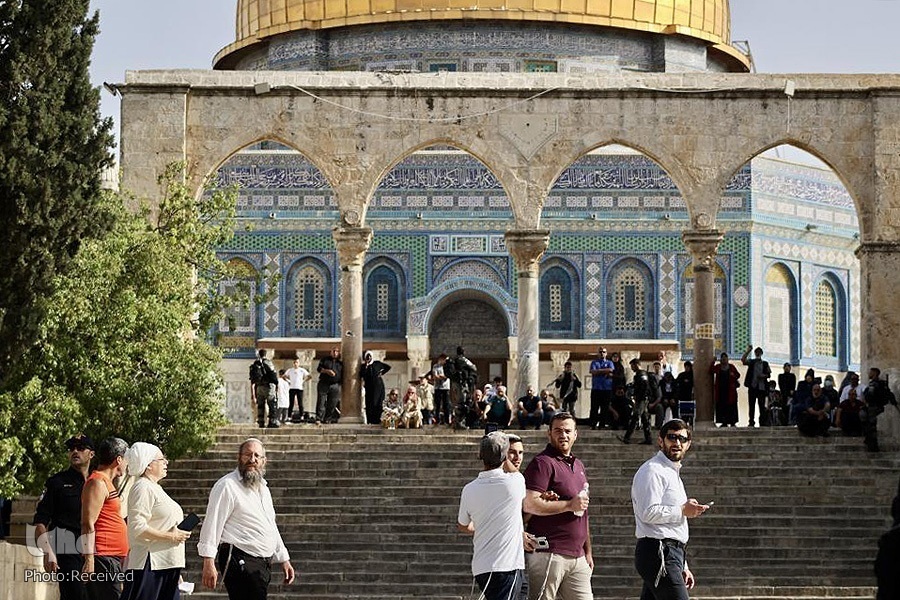 The complaint concerns the systematic attacks on Al-Aqsa Mosque by Israeli politicians, soldiers and settlers aimed at changing the current reality.

This complaint was submitted after decades of various crimes being committed in Jerusalem and Al-Aqsa Mosque by the Israeli Occupation, which has never been held accountable.

It is worth noting that crimes are expected to increase following the Israeli elections of MPs who are keen on building their so-called Temple and legitimising current outposts, as well as building new settlements.

For many years, Al-Aqsa Mosque has been targeted by Temple groups supported by successive Israeli governments, with the aim of replacing the Dome of the Rock with the Temple.

Successive Israeli governments have been encouraging daily incursions, which have been taking place under the protection of the Occupation Forces. These incursions also include attacks on worshippers, preventing them from praying, banishing them from Al-Aqsa Mosque and firing live bullets and gas canisters at them.

The complaint emphasised that Al-Aqsa Mosque is a place of worship purely for Muslims and cannot be divided or shared. This is based on historical facts and dozens of international resolutions confirming that Al-Aqsa Mosque with all its buildings, walls, courtyards and annexes above and below the ground, as well as endowments on it and the fenced land with its walls on the four sides surrounding it, all of which confirm the ownership of it by Arabs and Muslims alone.

Professor William Schabas warned of “eruption of a catastrophic religious war in the region” due to the measures adopted by the occupiers.

“The Temple groups' calls for frequent incursions, the performance of religious rituals in a Muslim place of worship, in addition to the announcing of plans to build a Temple, would lead to the eruption of a catastrophic religious war in the region, and it is the responsibility of the international community to establish a mechanism to prevent the incursion of Al-Asqa in order to prevent this war,” he said.

Since the referral of the situation in Palestine to the ICC on 13 June, 2014, dozens of complaints have been submitted to the Prosecutor General of the ICC, with strong evidence attached proving that the IOF has committed various types of crimes stipulated in the Rome Convention. The complaints also include details of the attacks against Al-Aqsa Mosque and worshippers, which require prosecution of and accountability by the perpetrators.

Mohamed Jamil, Head of AOHR UK, stated that "The lack of actions by the international community and the lack of political will encourage the Occupation to commit more crimes, while its perpetrators still enjoy impunity."