General
News ID: 3470277
TEHRAN (IQNA) – Millions of people packed the streets of Tehran on Monday to pay homage to General Qassem Soleimani who was assassinated on US President Donald Trump's order Friday. 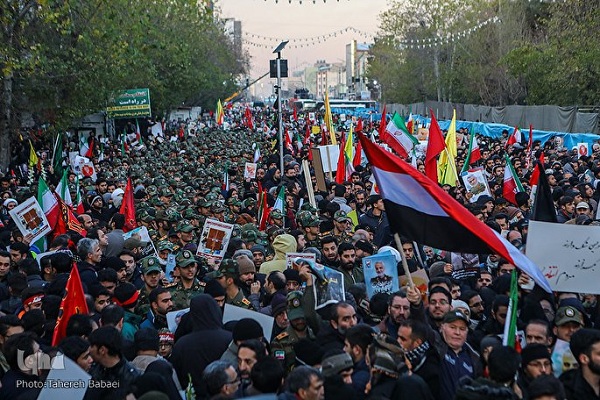 On Sunday, a large number of people attended a funeral procession in Iran’s southwestern city of Ahvaz for General Soleimani and others killed in the US airstrike in Baghdad.