General
News ID: 3470681
TEHRAN (IQNA) – Leader of the Islamic Revolution stressed that taking part in the upcoming elections will foil many of the vicious plots of the US and the Zionist regime against Iran. 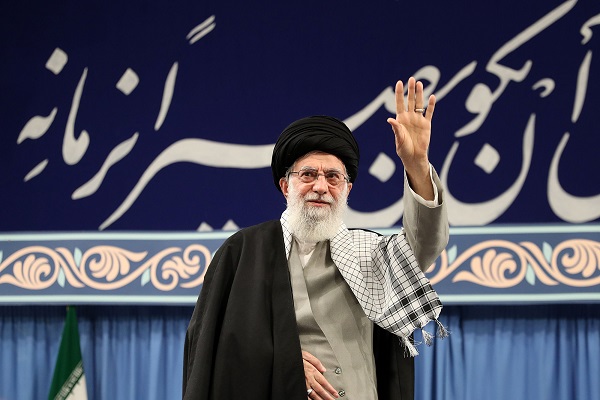 On the anniversary of the Popular Uprising of the People of Tabriz, which took place on February 18, 1978, thousands of people from the East Azerbaijan Province met with Imam Khamenei on Tuesday.

“Enemies and friends are watching. Enemies want to see the result of these economic problems, the Westerners’ deceit in their promises to us, and the US pressures on the people. Our friends watch worriedly, but we always tell them not to worry. The Iranian nation knows what it’s doing.”

Ayatollah Khamenei further underlined that taking part in the elections “nullifies many of the vicious plots of the US and the Zionist regime against Iran. These elections repel the schemes and ploys of the enemies of Iran.

“Iran should become stronger; this frustrates the enemy. One manifestation of strength is having a strong Majlis [Parliament]. The more participation there is in the election, the stronger the Majlis will be. This is one factor for strengthening the Majlis.

“A point about the recent US gibberish. These fools have lined up to comment on the Iranian nation, its system and the elections. Some of this is aimed at influencing the election results and disappointing the people, and part is due to their passivity after the assassination of Haj Qassem (General Qassem Soleimani), the Leader added, according to Khamenei.ir.

The nationwide votes for the parliament and the midterm election of the Assembly of Experts will be held simultaneously on Friday, February 21.

Elsewhere in his address, the Leader said, “After the crime committed by the US in the Baghdad Airport, the Americans - the US President and his cohorts - became truly passive. Throughout the world and the US, they were greatly blamed for their horrible act, and it gave the opposite results.”

Ayatollah Khamenei said the US wanted to “eliminate Hajj Qassem so that they could dominate over the region. It turned out the other way. The massive rally by the Iraqi people, the move by the Syrian people, the case of Aleppo and other matters were the opposite of what the US wanted.

"The Quran states from the voice of the Muslims that they will have one of two excellent things, victory or martyrdom. Martyr Soleimani achieved both. He was victorious in the battlefield in the region, while the US and its cohorts were defeated. And, he also achieved martyrdom.”

The Leader went on to say that the martyrdom of Gen. Soleimani was a bitter loss, but it put many nations next to Iran’s side. “This deep sympathy of other countries shows the Islamic Revolution’s deep strategic power. In a matter, which was so bitter in appearances, God has put an interior that is all victory.

“The Americans decorate a facade to deceive others and to scare some. But, just as the magnificence of the Titanic didn’t prevent her from sinking, the glory of the US won’t prevent it from sinking. And, it will sink.”