General
News ID: 3474431
TEHRAN (IQNA) – The secretary general of the World Forum for Proximity of Islamic Schools of Thought (WFPIST) described promoting unity and proximity in the Muslim Ummah as a strategy that would strengthen the Islamic world. 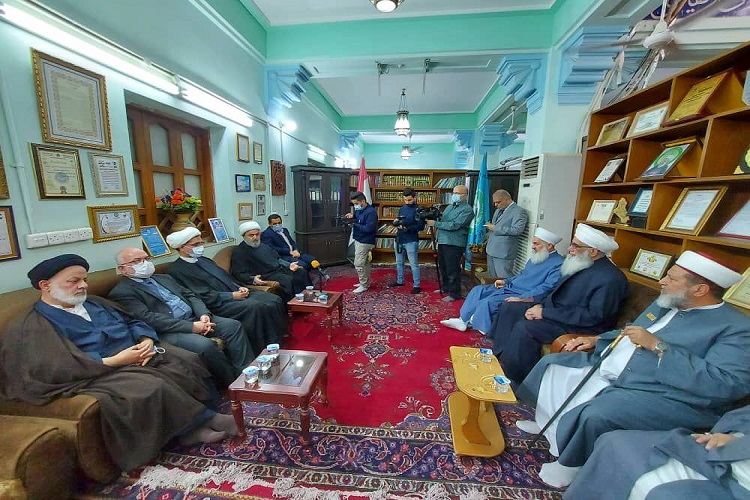 Speaking in a meeting with Sheikh Mahdi al-Sumaidaie, the head of Iraq’s Dar al-Ifta, Hojat-ol-Islam Hamid Shahriari stressed the importance of Islamic unity and proximity and said it would benefit all Muslims.

He said unity and proximity among Islamic schools of thought would also expedite the downfall of the global arrogance.

Sheikh Sumaidaie, for his part, hailed the good interaction between Iraq and Iran in various areas, including in the fight against the Dash (ISIL or ISIS) terrorist group.

He also expressed the readiness of Iraq’s Dar al-Ifta to work with the WFPIST in promoting Islamic proximity and unity and in Islamic and axis of resistance projects.

Elsewhere, Sheikh Sumaidaie referred to the former US president Donald Trump’s plan to split up Iraq and said the new president, Joe Biden, must abandon the idea.