General
News ID: 3474803
TEHRAN (IQNA) – Pakistan’s Minister for Religious Affairs and Interfaith Harmony Noor-ul-Haq Qadri said the Saudi Ministry of Hajj and Umrah has not taken a final decision on the number of pilgrims and Hajj-related safety measures yet. 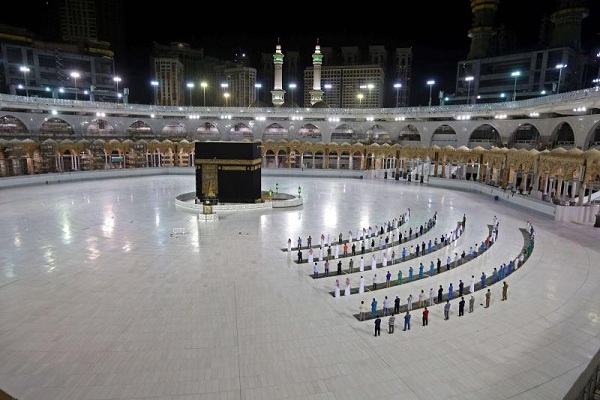 The Saudi authorities also informed that media reports about the number of pilgrims were mere recommendations from the Saudi Ministry of Health, he said.

In a video statement, he said the Saudi minister for Hajj and Umrah, in a telephone conversation with him, had confirmed that the Hajj 2021 policy had not been finalized.

The minister noted that the Saudi government has not yet taken a final decision on these suggestions.

The Saudi government will take Pakistan into confidence before making a final decision about Hajj, the official added, thenews.com.pk reported.

Previously, the Pakistani minister had said that the Saudi government has allowed only 60,000 faithful to perform the sacred religious ceremony of Hajj this year under strict health and precautionary measures.

He had said that some 15,000 locals and 45,000 people from other countries would be allowed to perform the sacred religious ceremony this year.

The pilgrims have to follow coronavirus-related standard operating procedures.

The Saudi government had issued nine pages of special instructions and conditions.