General
News ID: 3476155
TEHRAN (IQNA) – Investigates looked into the criminal past of the man charged with vandalizing the Islamic Center of Bloomington in the US state of Indiana. 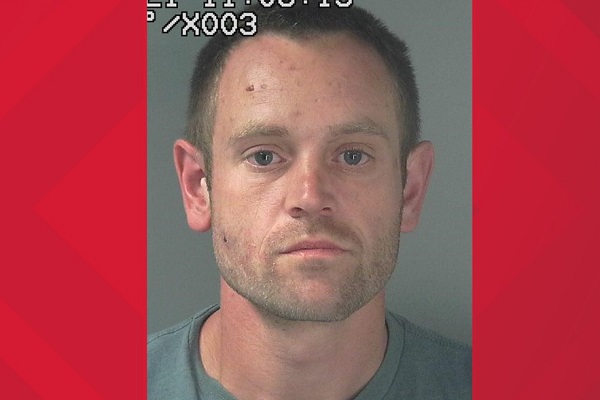 A string of charges for similar crimes all over town indicates Adam Walls likely did not target Muslims with a hate crime, police say.

Bloomington Police say Walls is the man seen in surveillance video ripping the wiring off the building and destroying an air conditioning unit at the mosque early Monday. The suspect also toppled and destroyed picnic tables and toys in the playground area and damaged two sections of a metal fence.

Police are familiar with Walls, 32, who is listed as homeless in court records. Bloomington Police have arrested him six times in the past four months for criminal mischief and trespassing all over Bloomington.

A string of vandalism started on the evening of June 28 on Rogers Street. Walls is charged with throwing rocks at three different buildings, breaking glass in windows and doors. One of those buildings is BTown Beauty Supply and Salon. Walls was allegedly caught on video throwing large rock at a vending machine., but the rock bounced off the plexiglass and hit Walls in the chest. Then he allegedly picked up the rock and threw it through the large front window. The small business owner needed four months to get the window replaced. She's asking for customer support for her business to help pay off the large expense. She kept the rock as a reminder of the first vandalism the store has ever dealt with in 17 years in business.

Walls is charged with throwing a rock at a car on Madison Street on July 21, leaving a dent. A witness allegedly saw Walls throw the rock and informed the car's owner, who was inside a store. The car owner chased down Walls and he returned to the scene until police arrived.

On July 25, Walls was allegedly caught on video throwing a rock through the glass door at an Arby's Restaurant at 3:12 a.m. The first throw bounced off the glass. The second throw sent the rock through the doors. Walls is allegedly seen walking away with his dog on a leash.

On August 23, Walls was arrested for criminal trespassing at the Henderson Parking Garage on the IU campus. He was captured on video taping a letter inside the north entrance/exit area. Court records say that was a crime because he is banned from all IU property for one year through May 20, 2022.

Walls is charged with keying or scratching a car on Oct. 5, just a few steps away from the Bloomington Police headquarters.

People at the Islamic Center are relieved a suspect was arrested and that it appears his vandalism is not specifically targeted at Muslims.

"It was very reasonable for us to be concerned that it was a hate crime,” said Heather Akou, a member of the center’s board of trustees. “It's still possible that that was part of the motive, but it does seem like the person who is currently a suspect does have a history of committing this kind of act and clearly has some problems and needs support. It is a relief for us. On the other hand, we really don't want people who are homeless or have mental health issues to be demonized, and so on one hand I'm relieved that it seems like a good match. On the other hand, I'm actually sad and concerned for the suspect."

Walls is not yet formally charged for the vandalism at the Islamic Center of Bloomington.

Walls also has a criminal history in Indianapolis. He pled guilty to hitting a Metro Police officer in the face with his elbow in 2016. He served 28 days of a 180-day jail sentence.