General
News ID: 3476791
TEHRAN (IQNA) – The Majlis-E-Ulema-E-Hind in Lucknow, India’s Uttar Pradesh, is organizing an essay writing competition on the second anniversary of the martyrdom of Lt. General Qassem Soleimani. 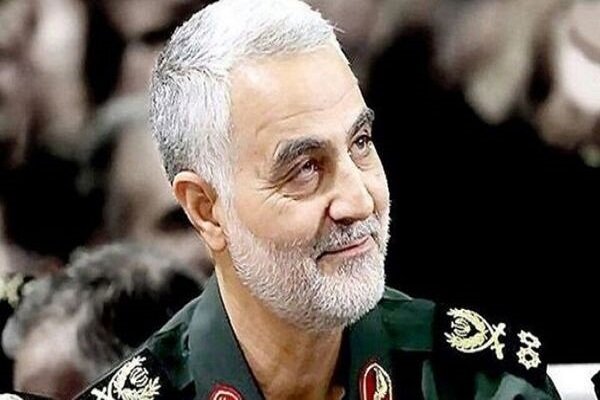 “The World after Martyr Qassem Soleimani” is the main theme of the competition, according to the Majlis-E-Ulema-E-Hind, which is an assembly of India’s Shia scholars.

Essays could also be written on different aspects of the life and achievements of the martyr.

Those interested can submit their essays in the Urdu language via the email address adilfaraz۲@gmail.com.

He was assassinated by a US strike on January 3, 2020, when he was on an official visit to the Iraqi capital Baghdad.

Hitting his convoy, the barbaric assault also led to the martyrdom of many others, including Abu Mahdi al-Muhandis, deputy commander of Iraq’s Popular Mobilization Units (PMU) or Hashd al-Sha’abi anti-terror force. 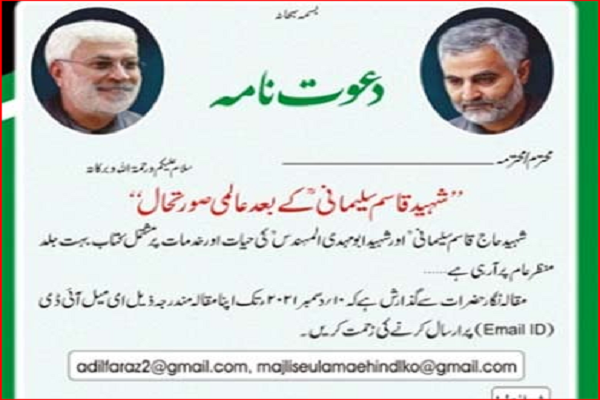