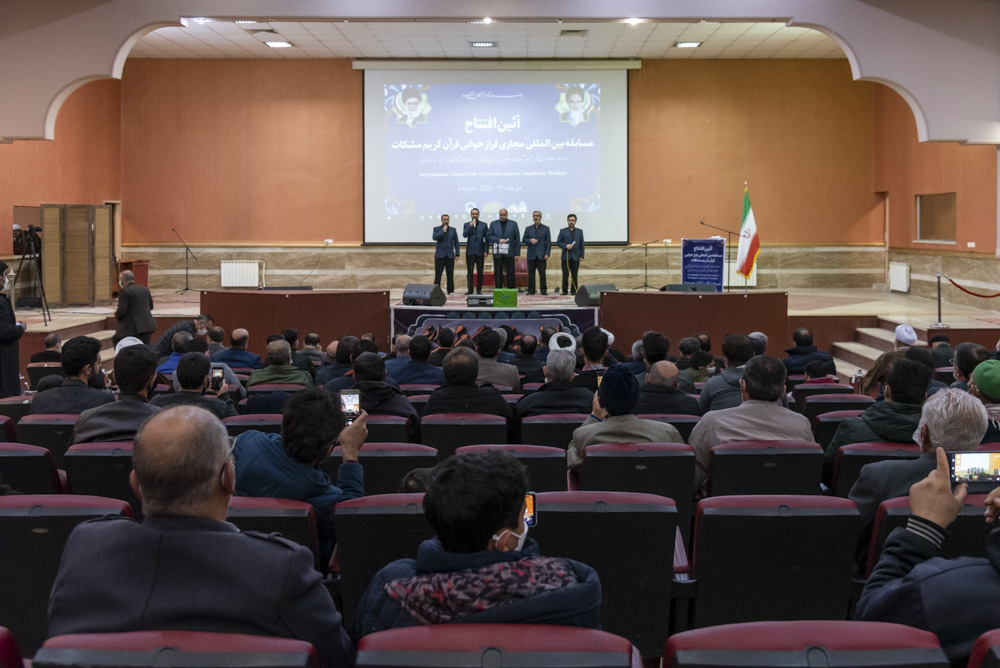 The virtual competition features recitation of a given part of the Holy Book imitating the style of legendary Egyptian qari Abdul Basit Abdul Samad, according to Hojat-ol-Islam Mojtaba Mohammadi, director Meshkat Quranic Institute that has organized the event.

He said the contest is for men and boys with no age limits, adding that it aims to promote the Quranic culture, boosting interaction with Quran activist in other countries and introducing Iran’s Quranic capacities to others.

Those willing to take part in the Quranic event ought to register their name at the website of the contest at www.MQMeshkat.com.

They will then need to submit a recorded file of their recitation of the first part of Surah Al-Qiyama (75) of the Quran, imitating Abdul Basit’s style.

The deadline for participation is February 2, according to the organizers.

A panel of judges, made up of experts from Iran and Syria will then analyze the recitations in three stages and choose the top ones.

The winner will receive $1,000 USD, according to the secretariat of the contest. Those standing in the second and third places will be awarded with $700 and $500 cash respectively.

Winners will be announced and awarded at the closing ceremony slated to be held on March 1, concurrent with the 27th day of the lunar Hijri month of Rajab, which marks the Bi’tha (the advent of Muhammad’s mission).