General
News ID: 3477555
TEHRAN (IQNA) – A new mosque was inaugurated in Fujairah, the United Arab Emirates, on Wednesday, with a capacity to accommodate up to 600 worshippers. 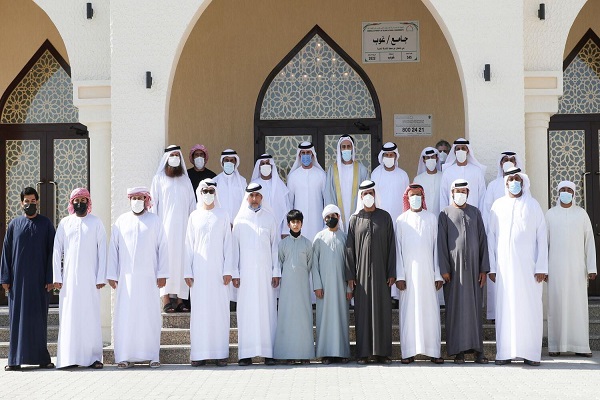 It was launched by the Sharjah Charity Society.

Al Ghoub Mosque was built on an area of ​​657.49 square meters, at a cost of Dh2 million, according to Ali Muhammad Al Salami, Director of the Department of the Society in Dibba Al Hisn.

The mosque was built with the support of the Association’s donors in coordination with the General Authority for Islamic Affairs in Fujairah.

It has a number of facilities, including wash rooms, ablution areas, parking lots, and accommodation for the imam.

Khaled Al Dhanhani, Director of the General Authority for Islamic Affairs and Endowments, Fujairah, thanked the Sharjah Charity Society for its initiative to build the Al Ghoub Mosque.

He expressed his appreciation for the support provided by the Association's donors. "Through this continuous cooperation we look forward to expanding joint frameworks to serve the message of benevolence, and give back to the community with goodness and righteousness,” Al Dhanhani said.