General
The link was copied
News ID: 3481472
TEHRAN (IQNA) – According to the latest census, 39% of Muslims are now living in the most deprived areas of England and Wales. 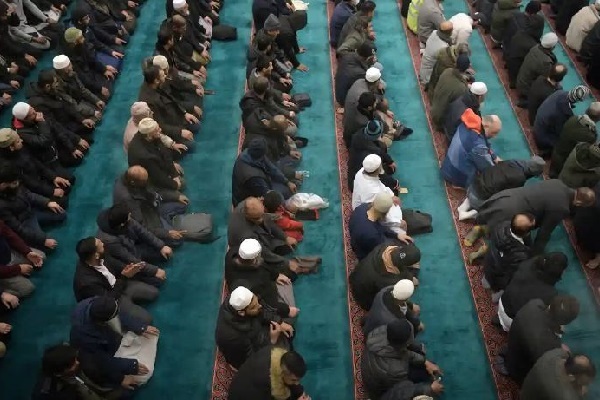 The proportion of people who identify as Muslim has risen by 1.2 million in 10 years, bringing the Muslim population to 3.9 million in 2021, the census shows. Overall, Muslims now make up 6.5% of the population in England and Wales, up from 4.9% in 2011.

While the Muslim population has started to disperse away from urban centres, the latest census revealed a worrying correlation between the areas with the worst levels of deprivation and the percentage share of Muslims.

“We’re now the second or third generation [of Muslims]. There’s more of us here. Yet, we’re still in these cycles of poverty and deprivation,” said Zara Mohammed, secretary-general of the Muslim Council of Britain (MCB). “I think part of that is down to socio-economic conditions where people are housed and the economic opportunities available.”

This growth in the Muslim population is driven by a younger population born in this country, people who are second and third generation, according to the MCB.

Mohammed added: “I think there’s something to really be said about what our politics and policies are doing to help those who are really suffering. There’s all these stereotypes and tropes around Muslims, but the reality is that people are actually in cycles of poverty. And these need to be broken.”

As in the 2011 census, Tower Hamlets had the highest percentage of the population who described themselves as Muslim in England and Wales. The Muslim population increased by 1.9 percentage points in the past decade, and now makes up 39.9% of the local population.

On Tuesday at East London Mosque, which is based in Tower Hamlets, local residents congregated for Dhuhr, the midday prayer service. The mosque represented a snapshot of modern Britain, with people from a range of different ethnicities coming together to pray.

Sufia Alam, head of the Maryam Centre and programmes at East London Mosque, said: “I have worked for almost three decades in this borough and it’s one of the poorest in London and indeed in the country. Even though it’s a rich borough as well as a poor borough, we’ve got Canary Wharf on our doorstep. The [census data] are not surprising because of so many factors that we’ve often talked about: Islamophobia, cultural biases that exist, racism within institutions from education all the way to employment.

“I remember talking about the same thing in the 2011 census, nothing’s really changed.”

The Maryam Centre, where women pray at the mosque, has a long history of supporting older Muslim women find employment and affordable childcare. But more recently, the centre has started to see greater need for support from younger Muslim women as well.

“They get motivation from schools and colleges but when they go to university it’s a different ballgame altogether,” Alam said. “We’ve got counselling services in the Maryam Centre and we get a lot of young people who are really struggling with that balance because that sense of belonging isn’t there. In school, they’re nurtured and they understand the culture and the community, but when they’ve left, in university, it’s a different kind of ballgame.

“And then going into the workplace as well, the kind of prejudices that they feel are really difficult. There’s a high expectation from their parents, that ‘you’re well educated, you should be in the top jobs’ but the reality is different.”