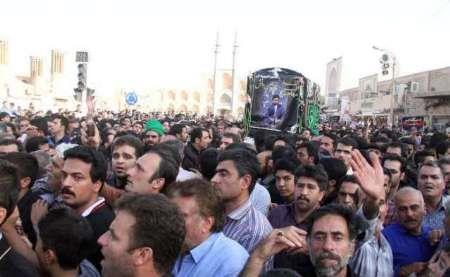 Danesh, who lost his life in the September 24 crush in Mina, near Makkah, was laid to rest in his hometown, Yazd, yesterday.


His body, along with those of 113 other Iranian victims of the tragedy, had arrived at Tehran’s Mehrabad Airport on Sunday.

A large number of Yazd citizens attended the funeral of one of city’s most eminent Quran reciters.

Danesh, and four other members of the Iranian Quranic delegation to Hajj, were among at least 464 Iranians who died in the tragic incident.

Over 4700 pilgrims died in the crush in Mina when performing religious rites. The incident marked the worst Hajj disaster in 25 years.