Social
News ID: 3469740
TEHRAN (IQNA) – Noor Alexandria Abukaram has played three high school sports since she began wearing a hijab in 2016. But she said that it was not until last weekend — after her seventh cross-country race of the season — that she learned she wasn’t allowed to run in her head scarf without special permission. 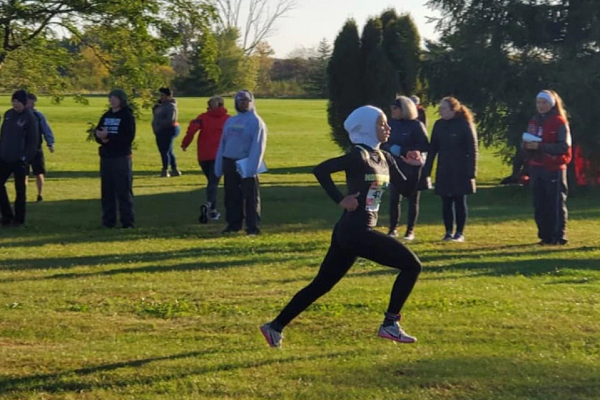 The decision by the Ohio High School Athletic Association official to disqualify Ms. Abukaram, 16, last Saturday was met with outrage on Thursday, one day after she wrote about the episode on Facebook. In an interview, she said, “It was like a nightmare came true.”

“We just found out we were going to make regionals and we were ecstatic, my whole team, so we went over to check our placing in the race,” Ms. Abukaram said in an interview on Thursday. “I went out to where they put the papers up, but my name wasn’t there.”

Ms. Abukaram said that part of her had always worried that an official might give her trouble for her hijab during uniform inspection before a race, when athletes are sometimes told to change into clothes that correspond more closely to regulations.

One of her teammates was told to change her shorts on Saturday, but Ms. Abukaram said the official passed her by without a word. It was only after the race that her teammates told her she had been disqualified. They learned about the decision while Ms. Abukaram was still running, she said.

“I was totally humiliated,” she said. “I felt like a clown. I am running this race and I have been disqualified and everyone knows it except for me.”

She said that her coach apologized and said he had not applied for a waiver that would have allowed her to participate in a hijab at the district-level meet, where officials were known to be sticklers for the rules. The head scarf is considered a uniform violation.

“When he told me that, I was like, what do you mean I have to have a signed waiver for me to race?” she said. “They don’t have to prepare anything special for me, I don’t have any disabilities, I am just running just like anybody else. When he said that, I didn’t think, ‘Oh, Coach, why didn’t you do this?’ I thought, ‘Why do we even have to do this in the first place?’”

Tim Stried, a spokesman for the Ohio High School Athletic Association, defended the official’s decision on Saturday as a matter of simply enforcing the rules.

He said cross-country runners were allowed to compete in “religious headwear” only after they received a waiver allowing them to bend the association’s uniform regulations.

“The official was simply enforcing this rule since a waiver had not been submitted,” Mr. Stried said. “After the race, the O.H.S.A.A. communicated with the school, which then submitted a waiver request. The request was approved immediately, which will permit the student-athlete to compete this weekend at regional competition.”

Mr. Stried also said the association was also “looking at this specific uniform regulation to potentially modify it in the future, so that religious headwear does not require a waiver.”

Ms. Abukaram, who is Muslim, attends a private Islamic school in Sylvania, Ohio, but plays sports for the local public school, Northview High School. The Sylvania school district did not immediately respond to a message seeking comment on Thursday.

Before Saturday, Ms. Abukaram said, she had already run six cross-country races this season, and also played soccer and ran track for two years in a hijab without a problem. When she runs, she said, she wears a long-sleeved shirt, long leggings and a Nike sports hijab.

“It is the same hijab that Ibtihaj Muhammad wore in the Olympics and won a bronze medal wearing,” Ms. Abukaram said, referring to a member of the United States fencing team who competed at the 2016 Summer Olympics. “It is very official.”

In an interview, Ms. Abukaram’s mother, Yolanda Melendez, said she paid close attention to the association rules because she has two daughters who wear hijabs and run cross-country for Northview High School.

She said that she had never seen a rule that barred students from wearing hijab and had not previously run into a problem with either daughter.

“As a parent it was gut-wrenching,” Ms. Melendez said. “You never want anybody to take anything away from your child. She earned her place on that team and she earned her place in that race and they do not have the right to take that away.”

Ms. Abukaram and her family were not alone in their outrage. On Thursday, Senator Elizabeth Warren of Massachusetts, a Democratic presidential candidates, expressed her support for Ms. Abukaram on Twitter and criticized “discriminatory dress codes” that exclude religious minorities.

“I’ve got your back, Noor,” Ms. Warren wrote. “Every kid should be able to feel safe and welcome at school — and Muslim students should never be denied participation in school activities.” 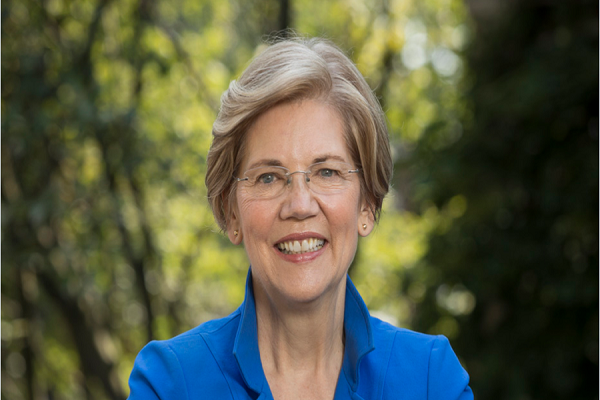