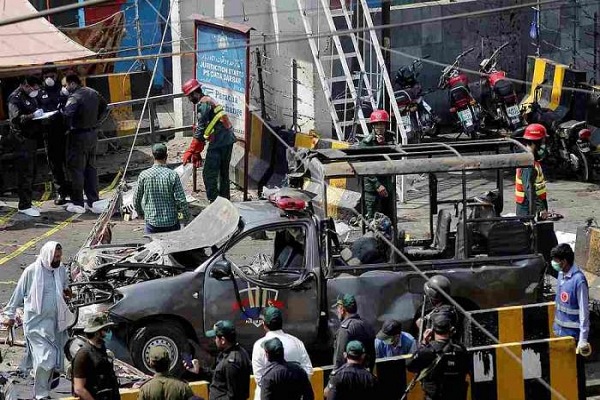 A powerful explosion ripped through a mosque in southwest Pakistan during Friday evening prayers, killing a senior police officer and at least 13 civilians, police said.

The bombing wounded another 20 worshipers in the city of Quetta, the capital of the restive Baluchistan province, said the city’s police chief Abdur Razzaq Cheema.

In his reaction over the act of terrorism, General Bajwa lamented the incident and directed the concerned departments for all possible assistance to police and civil administration in handling the situation.

“Every possible assistance be given to police & civil administration. Those who targeted innocents in a mosque can never be true Muslim,” Director General ISPR quoted the Pakistani army chief as having said.

The tweet by Maj Gen Asif Ghafoor said that FC Balochistan troops reached the Quetta blast site and cordoned off the area. He said that a joint search operation along with police was in progress soon after the incident and the injured were being evacuated to hospital for medical treatment.