General
News ID: 3473831
TEHRAN (IQNA) – A number of libraries with Islamic and Fiqh (jurisprudence) books have been launched for Muslims in Germany. 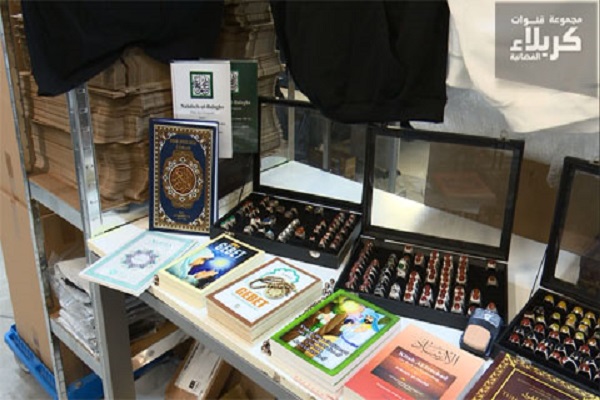 According to karbala-tv.net, a number of Islamic societies and institute in Berlin, the capital, have opened the libraries with religious and jurisprudential books in the German language.

Sheikh Ali Shahrour, head of Al-Mustafa Society in Berlin, said that there is a great need for such libraries in the country to provide Muslims with religious and Islamic books.

They can find printed works on Islam and Islamic issues as well as online books published on Shia Shop website of the library, he added.

He said that more than 600 copies of Islamic books and stories of Ahl-ul-Bayt (AS) translated into German are available on the website.

There are an estimated 5 million Muslims living in Germany, accounting for about six percent of the total population.