General
News ID: 3475011
TEHRAN (IQNA) – Winners of a Quran competition organized by the Iranian Culture House in Lahore, Pakistan, in the holy month of Ramadan were honored in a ceremony on Saturday. 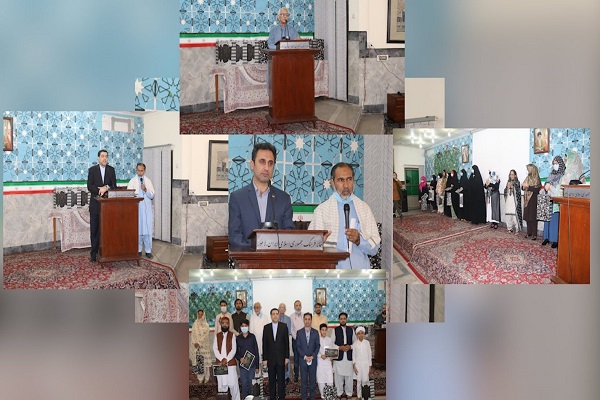 The ceremony was held with the observation of the health protocols on the occasion of the ten-day Karamat celebrations.

After recitation of verses from the Quran by Pakistani Qari Hafez Ahmad Hashemi, Jafar Ronas, the head of the Culture House, delivered a speech in which he underlined the importance of the Karamat ten days.

The Karamat celebrations mark the ten days between the birth anniversaries of Hazrat Masoumeh (SA) and Imam Reza (AS), the daughter and son of the 7th Shia Imam.

Ronas also highlighted the Pakistani people’s love for Imam Reza (AS) and noted that Pakistani officials usually visit the mausoleum of the 8th Imam in Mashhad when traveling to Iran.

At the end of the ceremony, winners of the Ramadan Quran competition received their awards. 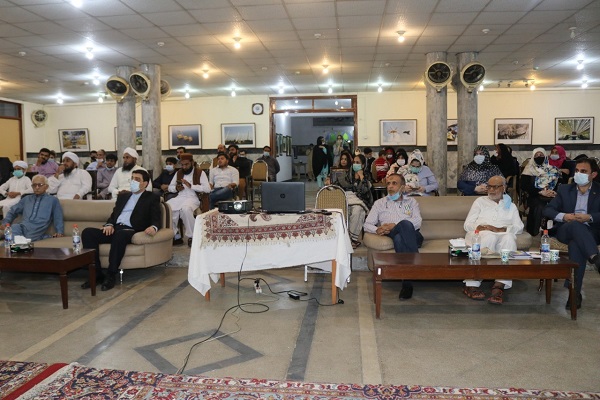