Culture
News ID: 3476019
TEHRAN (IQNA) – The laureates of the 4th edition of Mustafa(pbuh) Prize were announced in a press conference on Tuesday. 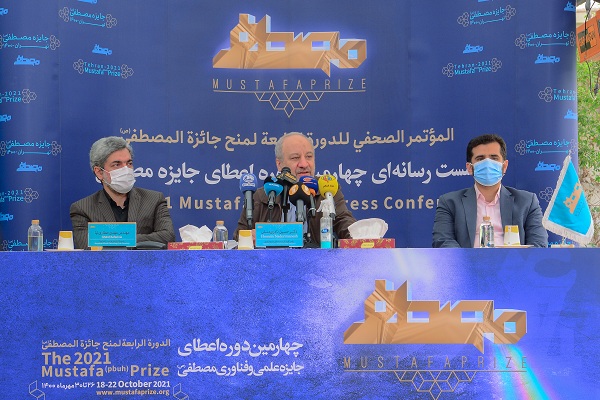 Hossein Naderimanesh, a member of the scientific committee of the Mustafa(pbuh) Prize, introduced the award winners.

He said Muslims used to be the pioneers of science and technology, following the guidance of Prophet Mohammad(pbuh).

“This prize emphasizes the importance of science in Islam and recognizes Muslims who play a key role in the development of science and technology around the world,” he added.

He referred to Ugur Sahin, one of the laureates of the previous rounds, who contributed extensively to the wellbeing of the humanity by developing the first COVID-19 vaccine almost a year ago.

He said there are two ways through which the Mustafa(pbuh) Prize laureates are selected. One way is that elites nominate scientists. The nominee must have a scientific work which can be in the form of a theory. The second way is that we discover the prominent scientists ourselves.

“The national jury consisted of more than 100 members. In the final evaluation, 150 international members joined the jury. On the whole, about 250 national and international experts evaluated the received scientific works,” Naderimanesh continued. 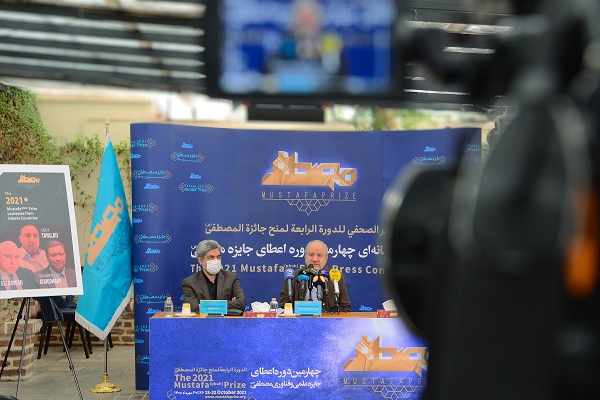 The first laureate in the field of All Areas of Science and Technology is Harvard University professor, Cumrun Vafa, for his work “F-Theory.”

“Cumrun Vafa was a candidate of the Fields Prize years ago,” he added.

The second laureate is Zahid Hasan for “Weyl fermion semimetals.”

“Zahid Hasan is originally from Bangladesh who is currently a professor at Princeton University,” he said.

Cumrun Vafa and Zahid Hasan share The Mustafa(pbuh) Prize in the field of Physics from All Areas of Science and Technology.

The next laureate is Mohamed H. Sayegh for “Novel Therapies to Improve Renal and Cardiac Allograft Outcomes” from Lebanon.

Muhammad Iqbal Choudhary for “Discovery of fascinating molecules with therapeutic applications,” is another laureate of this round.

“His expertise is organic chemistry. He has received Khwarizmi Prize from Iran years ago,” Naderimanesh added.

Yahya Tayalati for “Observation of the Light by Light Scattering and the Search for Magnetic Monopoles,” is the next laureate.

“Tayalati’s research has contributed extensively to the realm of dark matter and dark energy,” he highlighted.

Naderimanesh said the Mustafa(pbuh) Prize seeks to elevate the position of Muslims in the world. 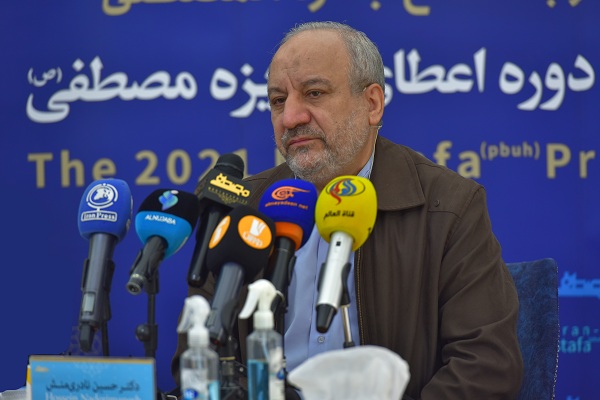 He emphasized the importance of “the impact of the laureates’ works on the wellbeing of all humanity.”

He announced that the 2021 Mustafa(pbuh) Prize laureates will be awarded next week on Thursday October 21st.

These guests will attend the different scientific meetings organized to be held during the Mustafa(pbuh) Prize week. They will give speech at different universities, and some will present their scientific achievements in the 4 Science Cafes, he noted.

He said the guests will also attend the meeting of the Mustafa(pbuh) Prize Policy-Making Council which will revolve around the discussion of development of science in Islamic countries.

On Wednesday, they will have a technology meeting which will be held at Pardis Technology Park, he continued.

He said that the cash prize which is about a million USD on the whole, is from the Mustafa(pbuh) Prize Investment and Endowment Fund (MPIEF), adding that “around 500 individual and legal entities has contributed to the MPIEF so far.”

“This year for the first time, 20% of the cash prize is awarded in the form of scientific collaborations of laureates with the world,” he added.